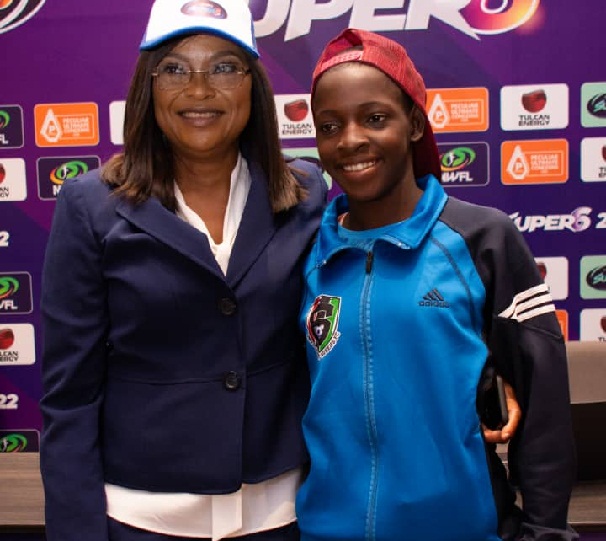 Teenage female sensation footballer, Achifula Harmony no doubt is having the best moment of her life as she joined NWFL big shots on the high stage on Tuesday even at a very young age of 15.