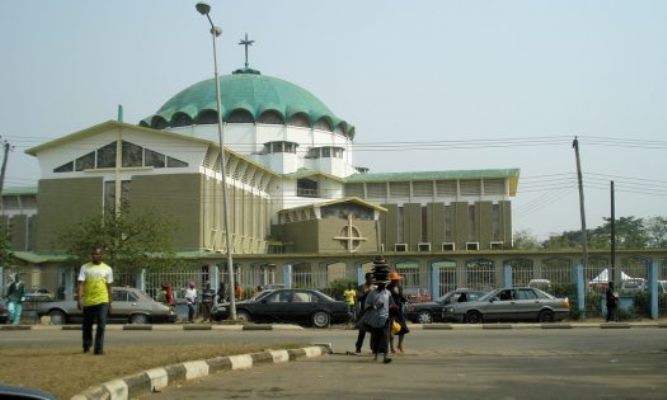 Following aspirants’ declaration for elective positions ahead of the 2023 elections, Her Excellency, Betty Akeredolu has declared interest to contest for the Owerri Zone Senatorial seat.

The declaration which took place recently at the APC party secretariat along Okigwe road, Owerri, brimming with supporters of the aspirant, the state working committee of the party, local government coordinators and APC women leaders from zone.

Speaking, the wife of the Ondo State Governor who also hails from Emebiam in Owerri West local government area of Imo State, Her Excellency, Chief Mrs Betty Anyanwu Akeredolu assured the good people of Owerri Zone that her desire to represent them at the National Assembly is to champion positive change in the nine local government areas that makes up Owerri zone and Imo State in general.

She stated that, as an Imo citizen by birth and a stakeholder in the state, she has the right to contest and contribute her own quota to the development of the zone stressing that she meant business and has come to work for her people equally, adding also that she has the intellectual capacity, tenacity and political will to occupy the upper chamber.

According to her ” There is need to bring change in Owerri zone away from the way we do things, so I am in this race to bring dividends of democracy to our people”.

Speaking further, the Ada Owerri I, used the occasion to reel out her strong achievements she has recorded in the area of human capacity development especially the facilitation of Imo sons and daughters’ appointment in Ondo State and the ongoing construction of one major road in Emeabiam which has been a death trap over the years through Niger Delta Development Commission (NDDC) as well as training of young girls in skills acquisition, through her Bemore foundation.

She pointed out that over 43 traditional rulers in Owerri recently saw something in her and bestowed upon her the prestigious title of ‘Ada Owerri’ which she mentioned was a symbol of authority, as she appealed for people of the zone to give her the maximum support.

Responding, the state chairman of APC in Imo State, Hon. Macdonald Ebere, stated that they people of Owerri Zone and the party have seen evidences of what she has done and that if she wins at the APC primary election, she will do better.

The state Chairman maintained that it’s party leadership in the state is neutral in the forthcoming primary election to determine party’s candidates for each position, and that they are doing everything possible to provide enabling environment to ensure free and credible primary election.

Macdonald also called on all aspirants to guide their utterances and focus on issue-based campaign stressing that after primary election, candidates that emerged will need to come back to other aspirants who may have lost for support in order to win at the general election.