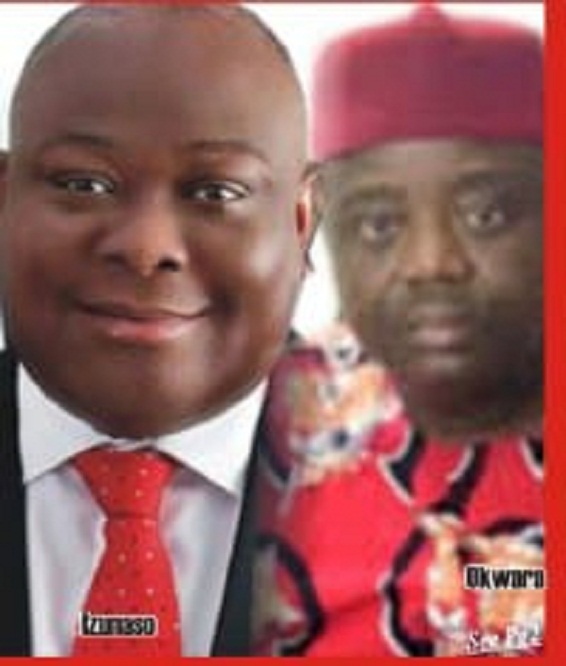 As aspirants for the Imo West (Orlu Zone) Senatorial District have filed out for the 2023 polls, a call has been made for a paradigm shift in the representation of the area.

This was as a result of the perceived representation lapses in the zone.

Few weeks to the commencement of the primary elections for different elective offices, a former Senator of Orlu Zone, and former National Organizing Secretary of the ruling All Progressives Congress, APC, Senator Bonaventure Osita Izunaso has been tipped as the most qualified person  to represent the zone in 2023.

Unequivocally, speaking,  Izunaso was described as best among equals, with the requisite qualifications for the job.

Speaking to Trumpeta Newspaper over the weekend, a chieftain of the APC from Isiekenesi, Ideato South Local Government Area, Imo State, Prince Nixon Okwara disclosed that for Orlu people to get it right, they shouldn’t give in to cheap rhetorics.

Prince Nixon Okwara revealed that sugar coated tongues had worked in the zone in the previous elections, where selfish individuals with no iota of what effective representation entails were enthroned to go to the Senate.

He regretted that since then, no even development or Senate presence had been felt across the length and breadth of Orlu zone.

To this end, Okwara advocated that time has come for that man who once gave Orlu zone a pride of place at the Senate to be sent back,  so as to restore Imo West lost glories.

According to Prince Nixon Okwara, Senator Osita Izunaso is fully equipped, experienced and always ready to do what he knows how best to do; which is selfless service delivery and attracting of democracy dividends.

However, the interview with the CEO Onix Group clearly stated thus,

“When it comes to Law making, Senator Osita Izunaso is equipped. He is a Lawyer, apart from that, he is a Journalist, an investigative one at that, he has served in a political system for a long time. He belongs to a strata of social class who understands what the core politics of the Nigerian system is all about. So, he is going there to join those he knows before, to bring in quality representation.

“Then, when it comes to the idea of oversight function, you can imagine that he is currently working in an auto manufacturing industries and playing a big role there. Imagine he has the opportunity today to play an oversight function into our manufacturing industries, it will just be like giving him terrain he is already conversant with by training, by education, by exposure as a Journalist who was so much into investigative Journalism.

“Then when you talk about the aspect of constituency representation, that is his part. He is a grassroots man. He visits the poor, the rich, and everybody. And when he moves, you don’t see him with long convoy like others. Sometimes, he drives himself. He is so humble that he understands the pulse of  an average person. He is not like these men who buy corn by the roadside for political attraction. Kindness is in him. He knows how to gather his constituents and say, how do we do this, what do we do?

“If you talk about  the people with disability, the ”Kpakpando” foundation which he has nurtured for many years, you see his humane imprints there. Today, we are talking about United Nations and Nigerian Nation recognizing the people with disability. These are because of the things this man championed through policies and promotions, he gave personal sponsorship to these people. Today, the people living with disability have a voice in the society, some are even working in government parastatals, that is made possible by this man. So, what more do we need? It’s only a man that doesn’t want the good of Orlu people that will just go and bring a greenhorn, no no, we don’t need trial and error. The greenhorn should standby and learn, and understand. Their time will come, but for now, we don’t need trial and error”.

Furthermore, Prince Okwara who stated that some of them, the technocrats and some business men had interest in politics of the day because of the seeming lack of development in the zone, hence their choice to join hands in developing the area.

He regretted that Orlu had had successive Governors in the past, yet, nothing meaningful to show for it due to lack of a strong synergy between the Senators and Reps members from the zone.

“We need such administrative synergy between two people, two progressive minds, people with growth mentality, those who are ready to listen, those who can fashion out policies and identify what legislation can impact on the people of Orlu zone. This is not limited to, but security, infrastructure, academics and the rest of it”.

On the contrary, Okwara was madly upset with the last four years Senatorial representation in Orlu district, which he described as a colossal failure as  being championed by those with the CEO mentality, who have refused to learn from anybody, as well as those who have stopped growing 40years ago, and, who feels they know even more than the professors.

“We don’t want a Senator who lives in the island of relevance or relevance all by himself. We need somebody who understands what education is all about, and not just those who play the lips service of education by thinking that by co-building schools as constituency project or allocation by the Federal Government is now a favour to education. We want who understands that education goes beyond mere talking about it to policies, to strengthening of educational institutions. Nobody can give what he has not gone. So we discovered that those who are there cannot give what they don’t have.

“The present Senator and House of Reps in Orlu zone we feel they don’t have the content to give. So, what can we get to recycle the failures? We cannot recycle failures. These are why we looked at them and categorically say that Senator Osita Izunaso is one gentleman who is very humble, ready to learn, and has been learning. He’s one out of them who has been going to school to improve himself”.

Senator Izunaso was further eulogized for being a major team player with the most viable structure across the South Eastern States.

“This is because of his content, the man understands what leadership entails. He is a leader that make leaders. He can bring up policy formations, not just to get to Orlu, but will grow Orlu out of the position we have found ourselves in. That long aged partnership he has with the right persons will bring back Orlu to its former glory. So we want to give him this four years to go and do the magic which we know he will do.

“I think the time for trial and error in governance and leadership is gone. We now need to put people who are tested and trusted, who we know are equipped and ready for the job. That is why Orlu cannot wait to have Senator Izunaso. If he doesn’t want to contest, we will force him to contest, that is the truth”, Prince Nixon Okwara disclosed.