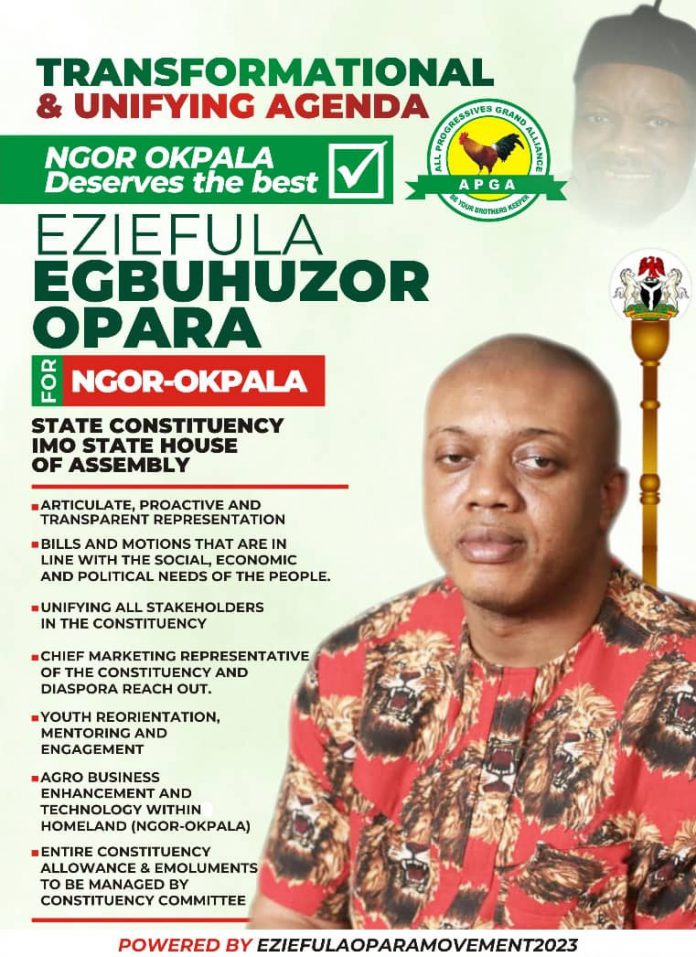 Eziefula Egbuhuzor Opara a frontline aspirant for the forthcoming Ngor Okpala State Constituency election in the Imo State House of Assembly has been declared winner in the just concluded primaries.

Announcing the results of the house of assembly primaries, the returning officer for the All Progressives Grand Alliance (APGA) declared Eziefula Egbuhuzor Opara the winner and hereafter issued a certificate of return.

In a related development, Eziefula Egbuhuzor Opara in his remarks thanked the party delegates, stakeholders, state working committee (SWC) and Ngor Okpala people for the support and hereafter noted that the victory is for the growth of his homeland (Ngor Okpala). He also again reiterated his commitment to ensure articulate, proactive and transparent representation, bills and motions that are in line with the social, economic and political needs of the people, unifying all stakeholders in the constituency, chief marketing officer of the constituency and disapora reach out, youth reorientation, mentoring and engagement, agro business enhancement and technology within homeland (Ngor Okpala).

At a robust reception held in his honor, after the outcome of the primaries has been declared speaker after speaker, spoke about his good deeds and further encouraged other Ngor Okpala indigenes to support his aspiration in the forthcoming general elections come 2023.