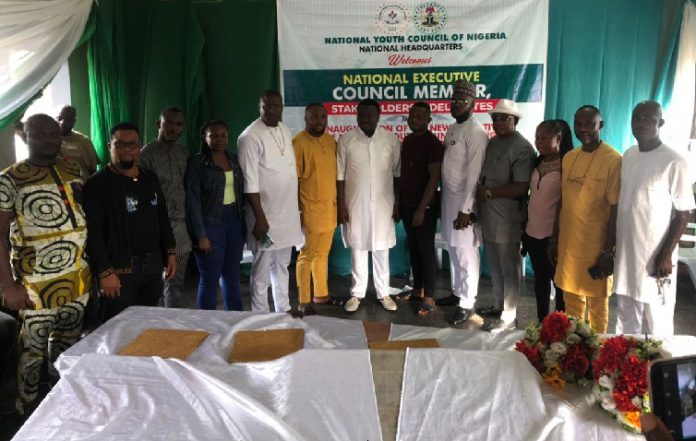 Others are members of National Executive Committee of NYCN,  representative of the Federal Ministry of Youth and sports development,

Amb Sokubo assured members of his readiness to assist the state council at anytime he is called upon. He said that his interest in the council in the state which is the number one youth organization in the country is for her stability and growth.

Former State Chairman and Vice President of the council South-East, Dr. Emma Mbanusi apologized on behalf of the state government over the ill treatment melted out to the President by the Commissioner for Youth and Sports Development, Hon. Dan Ogu.

He said the State Governor, Distinguished Senator Hope Uzodimma is a lover of Youths and will always welcome the President to the state stating that the action of the commissioner is not the true reflection of the policy of the state government towards the youths and urge him to keep supporting the body in the state

He also made it clear that any organization parading as NYCN in the state without the backing of the National President is illegal as NYCN is one led by Ambassador Sokubo who took time to Inaugurate the state council in his capacity as the number one youth in the country.

In his vote of thanks, Barrister Ezinwanne thanked the National President for making out time to come to Imo State and assured him that the state council will always abide by the rules and regulations guiding the council in the country.

On the entourage of the president are as follows.

SA to Senior Special Assistant to the President on Youth.