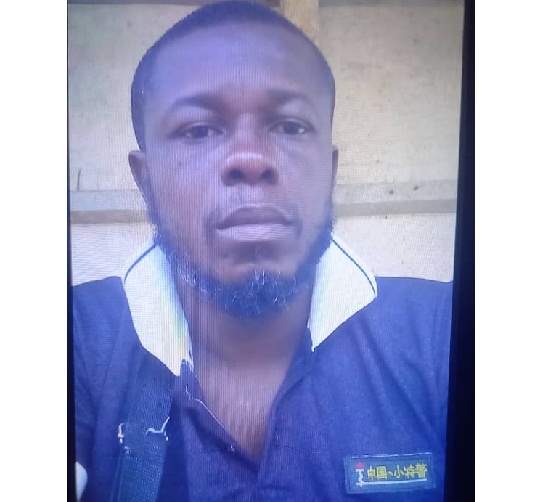 Monster kingpin of de – gbam, Osita Ogbiri who have been the terminator of innocent lives with his nefarious gang in Mmahu Autonomous community and beyond Ohaji / Egbema Local Government Area  of Imo State has being confirmed dead.

According to reliable source, monster Osita Ogbiri was arrested between Uyo in Akwa Ibom State and ABa Abia state, following a tip off to the Nigeria Police Force, Akwa Ibom and Abia State command, on his way to execute devilish intentions, where he ran out of luck.

The source said that the Police brought monster Osita Ogbiri to Mmahu community on investigation, but unfortunately he died on fact – findings yesterday.

Recall that this monster, Osita Ogbiri was the master killer in the last Mmahu killings, where over nine persons were untimely sent to their earlier graves on Town Union politics, and it also caused communal uproars.

It further stated that since the capture of Osita the community has remain on jubilations, even as they heard that he was dead, though, the Police is yet to make official statement as regard to the death.

The command’s spokesperson, Micheal Abattam, who paraded the suspects on Wednesday disclosed that the suspects had been “terrorizing” residents of Avu in the Owerri West LGA of the state.

Abattam, said that the operatives of the command raided a hideout of criminals and arrested the due and recovered exhibits.

He listed the item recovered as exhibits as one Locally made double barrel pistol, a bunch of master keys; a parcel of substance suspected to be Indian hemp, a female bag containing jewelries and a Machete.

Part of the Abattam’s statement read “sequel to the mandate of the Commissioner of Police, CP Mohammed Ahmed Barde, psc (+) to the Command’s tactical teams to raid all criminal enclaves not excluding uncompleted buildings, motor parks, brothels Indian hemp joints and moribund school buildings, to eradicate all crimes and criminalities with the aim of sustaining the already improved security situation in the state.

“Aligning with the Commissioner of Police directives, the Command’s Tactical Teams, raided a criminal hideout at Avu in Owerri West LGA of Imo State and arrested one Yahaya Samaila ‘m’ aged 23 years and Saminu Abubakar  ‘m’ aged 24 years both of Kware local government area of Sokoto State while others escaped.

“In the course of interrogation, it was revealed that they have been the ones terrorizing innocent citizens resident within Ama – Hausa Extension area at Avu in Owerri West LGA of Imo State.  They both made useful statements confessing using the recovered bunch of master keys in stealing vehicles parked in parks and also to unlock people’s shops and steal their wares mostly at nights.

“Investigation is ongoing and efforts are on top gear to arrest the other suspects that took to their heels on sighting the police operatives.

“However, as soon as investigation is concluded the suspects will be charge to court.”