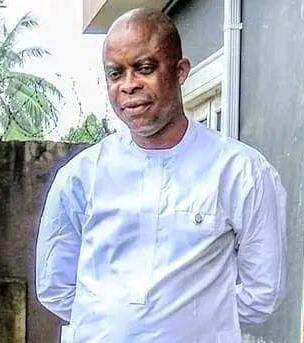 Sir Kelechi Mejuobi, the Deputy Editor-In-Chief of TRUMPETA NEWSPAPER and a Director in the Company has been appointed a Special Adviser SA, to the Minister for Education (State) Rt Hon Goodluck Nnana Opiah, on Media and Public Affairs.

Mejuobi who is a veteran Journalist and a core Media Man began his Journalism sojourn in Lagos State, where he majored in Sports Reporting.

He was however later posted to Imo State as State Correspondent of now defunct New Age Newspapers.

He is a knight and married with children.

Mejuobi is a workaholic who puts all his dedication to whatever assignment he is given, and no doubt he will excel in his present position.