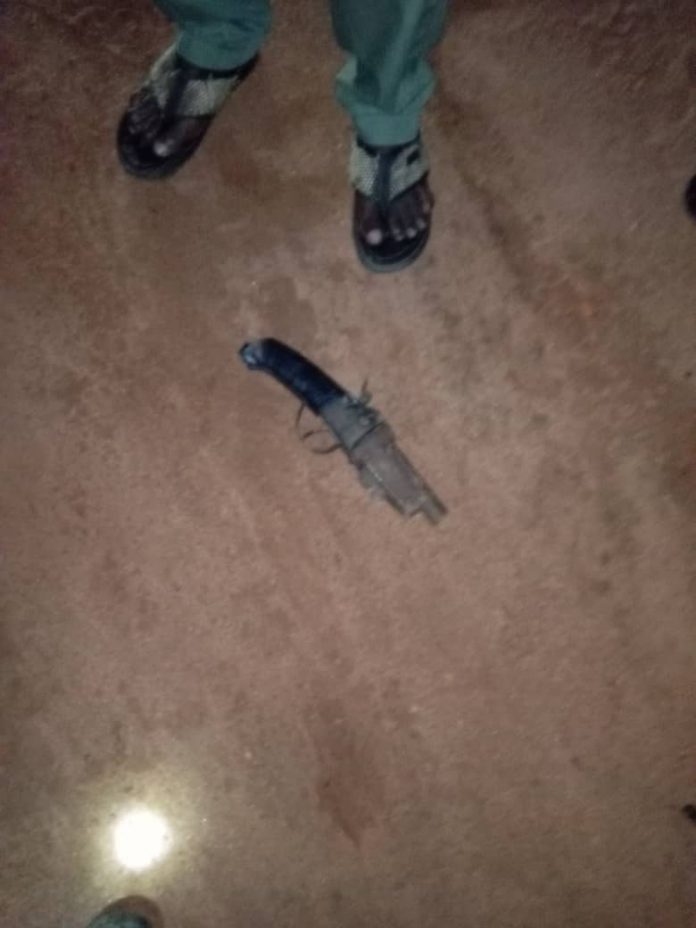 As the Orogwe Community was about settling from the shock of eight persons killed in there last Monday, another tragedy struck three days after at the same Umuafom location of the Community.

A source which pleaded anonymity told Trumpeta that a gang of armed persons invaded the Community at about 2pm yesterday being Thursday (4/8/2022).

The narrator said the invaders possibly armed robbers started their operation by shooting sporadically at the premises of a tenant not knowing there would be victim is a serving Police officer.

The attackers scaled his fence hoping that nobody was in the compound. They smashed the door and as they were about gaining access, an exchange of fire ensued, the gallant Police officer then used his handy AK47 riffle to welcome them.

He gunned down one instantly while the one escaped with bullet wounds. He was later found dead within in the morning.

The narrator said the robbers cashed in on the believe that occupants of some buildings might have fled because of last Monday’s incident.

Meanwhile, the corpses have been picked by the Officers of Ogbaku Police division.