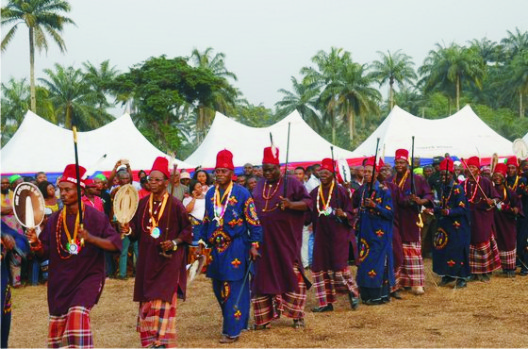 Our roving reporter who visited the three Local Government Areas mentioned above observed that there is clash of interest in this year’s Iriji Mbaise  among Ndiezeji, Royal fathers and Apex Socio Cultural group known as Ezuruezu Mbaise who are the major Stakeholders of the Iriji Mbaise celebration. It was announced last week that the 2022 Iriji Mbaise (the new yam festival) will no longer hold due to insecurity in the land.

The following day, a contrary announcement was made by political appointees, town union President Generals and few Traditional Rulers informing the people that Iriji Mbaise 2022 will still hold.

These two announcements are said to have caused controversy and have now divided Mbaise people into two Camp. The two groups now differ on the decision on the issue of the new yam festival (Iriji Mbaise).

Sources hinted that the political Appointees, few Royal Fathers and President Generals of Communities who are loyal to Governor Hope Uzodinma want to give him a special title on the Iriji 2022 scheduled to come up on Monday 15th August 2020.

But the other group of Royal fathers who appeared to be greater in number already have resolved to cancel the 2022 Iriji because of insecurity, moreover, that Monday in particular as we gathered is usually taken as sit-at-home day in Mbaise land.

We further gathered out of fear of hoodlums in the area, the group loyal to governor Uzodinma that wants to shift the Iriji Mbaise to Tuesday instead of the usual Monday, August 15th.

The Stakeholders when contacted over the weekend insisted that the central Iriji ceremony will hold.

They submitted that any Mbaise son and daughter who goes contrarily to this will have him or herself to blame.

Women Leaders who spoke to our reporter in Mbaise said, they have told their children to stay indoors that particular Monday to avoid problem.

Iriji Mbaise  has now become a National Event  and  celebrated every 15th August. Each year

The first official Iriji Mbaise started 1955 when Eze Onyenkwere and other Leaders of Mbaise Nation went and gave thanks to God on the bumpa harvest they made in their various farm land.

Bishop Whealer who was incharge of Assumpta Cathedral then received the thanksgiving and blessed the Ezeji people.

The thanksgiving and the blessing of yam and farm land then signified the beginning of a new season. From that 15th August, the official Iriji Mbaise started.

It now becomes annual festival of  Mbaise nation. Mbaise sons and daughters who are living outside the State return home annually for this new yam ceremony.

In every Iriji Mbaise,  rituals are  performed  in the morning of that faithful day by the Ezeji people who  are the true custodian of the yam festival.

These are always traditional dancers to show- case the socio cultural heritage of Mbaise as well as to entertain the visitors.

Some time the organizers invite top ranking politicians as special guests of honour. When Abubarka Atiku was the Vice President of Nigeria, he attended the Iriji Mbaise. Majority of Mbaise people as we were told have said no to the Iriji 2022 because of insecurity.