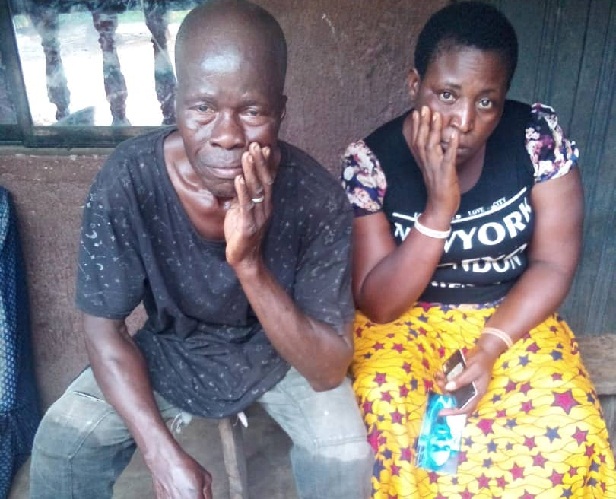 The family of Onyenweokwu of Umuodunam, Umuofeke, Agwa in Oguta LGA has been in agony since 17/7/2022 when around 5pm the news filtered in that “ndi ebubeagu” have killed their 23 year old son, Master Chukwudindu Onyenweokwu.

Narrating their ordeal to Trumpeta in an exclusive interview, the family head and father of the victim, Mr Peter Onyenweokwu said he was prepared to take any oath to attest to the innocence of his Son.

He disclosed that the son after Secondary School went to Otulu in 2019 to work in an oil mill instead of idling away at home.

According to him, “I want government to bring to book this ebubeagu people who killed my gentle and innocent son and tagged him a bandit whereas he is not”.

Mr Onyenweokwu who tried to fight back tears, lamented that his life is already finished as they have eliminated the first son whom he was expecting to bury him at the right time. He then cursed, “the generations of the killers of my son will never know peace in their families”.

The mother of the deceased, Mrs Mary Onyenweokwu, recalled how the son came home not too long ago and enjoined her to be prayerful as better days are coming.

She insisted that the son was not a trouble maker and wondered why they would kill him and tag him a bandit because he cannot come out and defend himself.

The bereaved family had on 18/7/2022 brought back home the belongings of their slain son.