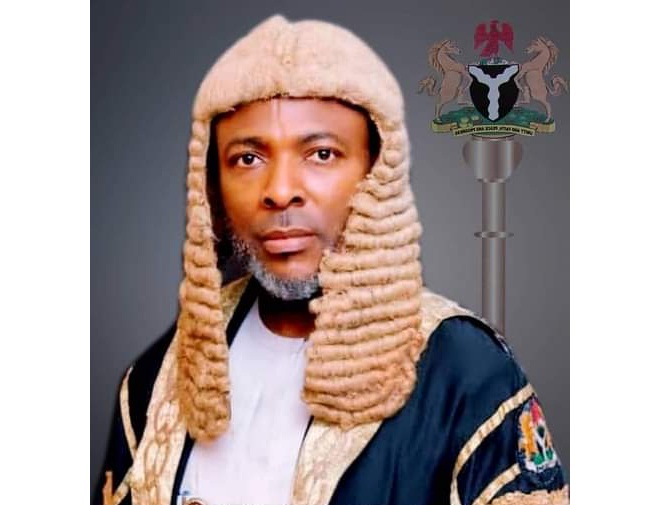 The rigidity of the Imo State House of Assembly may be in doubt, if what is available to this Newspaper that may have led to the dissolution of all Standing Committees are to be considered.

Although he made known that all Chairmen and members with current task under their respective Committees should go ahead and execute them, factors that led to the earlier action have emerged.

Trumpeta gathered that reason Ibeh dissolved the Committees may not be unconnected with some of the Lawmakers showing displeasures over the purported statement credited to the Speaker while addressing his people in Owerri.

The Speaker was said to have allegedly claimed, that the Lawmakers would not have the strength to impeach him as the number one Lawmaker and number three Imo citizen.

Even though the statement had generated reactions from some of his colleagues who threatened to tackle it squarely if truly he uttered such comment, it still boils in them.

In fixing all loopholes, hence the dissolution of the Committees.

Another burning factor is a perceived internal mistrust among Members and the loss of confidence some of them have against the Speaker since the primary elections ended.

In order to get a reasonable number of loyalists on his side, the Speaker in his wisdom may have decided to reward his close allies with juicy House Committees.

Also, due to the threats of leaving the majority party, APC by some aggrieved Lawmakers, Speaker Ibeh had to take the bull by the horn, to first know those worthy to be rewarded in his would-be announced Committees.

Recall that after the primaries, some Members who couldn’t clinch the APC tickets are revolting to leave the party, citing that upon the assurances from the outcome of the meeting they had with the Governor to give them tickets, they still lost out.

This therefore could be a ploy deployed by the House Leadership to cage those Colleagues, and possibly pat their backs with a package.

It was further learnt that the Speaker intends to use the review to place loyalists appropriately and relegate those not on line with his arrangements.

But already, some have pitched tents with Labour party, and APGA in continuation of the 2023 race.