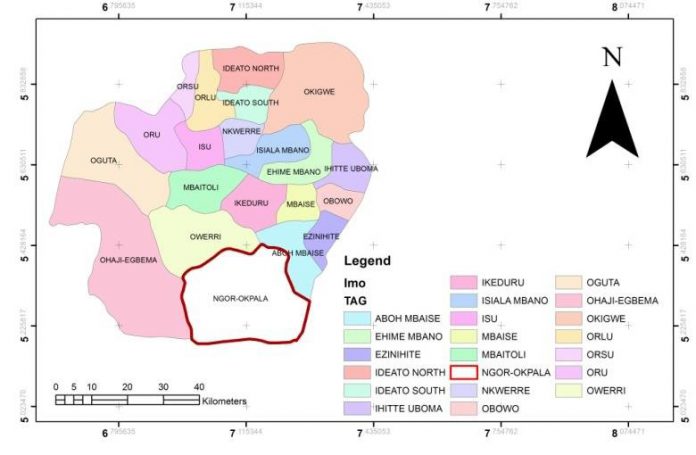 Tension and anxiety are said to have erupted again in Ogbor Uvuru in Aboh Mbaise LGA  and Umuanum community in Ngor Okpala Local Government Area of Imo State over a boundary dispute which according to our source has lingered for a centuries.

Information revealed that on the 16th of June 2022, the temporary peace that has been existing between the two communities was again threatened following renewed hostility among some youths from the two neighbouring communities.

Report has it that this age-long boundary dispute has started again.

The Leaders of Ogbor Uvuru and Umuanum want Governor Hope Uzodinma to come into the matter and make a lasting peace between the two warring communities.

As the matter is rearing its ugly head again after many years, the Leaders are preaching for peace.

A few weeks ago, the latest clash left some people dead, others wounded and Houses razed to the ground.

Pastor Eberechi Ezendu from Uvuru Mbaise has submitted that there is need for peace to reign between the two communities.

1936, according to information, the crisis between the two communities claimed a lot of lives because the land dispute escalated into a full blown war.

This time men of God are preaching against war as the solution.

HRH Eze Dr Emma Okere, the Traditional Ruler of Ohekelem Autonomous community in Ngor Okpala Local Government Area who spoke to Journalists did not mention any casualty but he hinted that a judgment was delivered in Enugu in respect to the land dispute.

Report now showed that peace has not fully returned at the crisis spot. It was further revealed that after the June 2022 clashes, tension is yet to abate in the two communities.