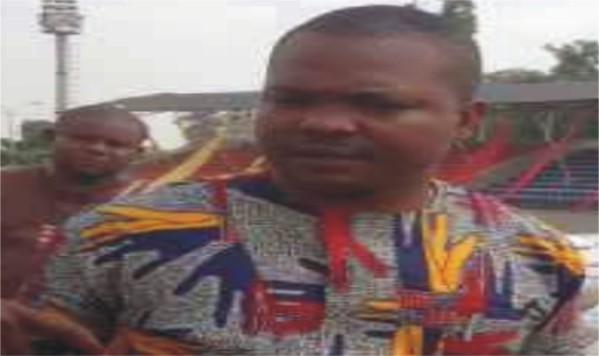 Okafor gave the charge last Friday when he hosted members of the national and state executive council of HOSCON in Owerri, Imo capital.

Speaking on the inauguration exercise,  Hon. Okafor explained that the exercise is in line with the policies of Imo State Government led by  Senator Hope Uzodinma and his determination to put an end the activities of oil bunkering and Pipeline vandalization  in the State.

Okafor who is the facilitator of HOSCON in Imo State maintained that members of  the Outfit are those  from the oil rich  Communities who are familiar with the nooks and crannies of the areas.

According to him, “In the last few years, oil bunkering and pipeline vandalization have changed the eco system and shortfall in Oil Production which negatively affect the nation’s economy.

On the environmental and health hazards associated with illegal bunkering and refining of crude oil, Okafor said I’m using this opportunity to again appeal to the youths to resist the temptation of going into such criminal and hazardous activities.”

Performing the inauguration exercise , the National Chairman of the Organization High chief, Prof. Jasper F Jombo  said that the organization is making efforts to ensure that Host Communities are not left behind in the scheme of things at the national level.

He stated that the Oil Companies operating in Nigeria have been shortchanging the Host Communities of what belonged to them, but however, maintained that the passage of the Petroleum Industrial Bill into law by the present Administration will go a long way to checkmate the excesses of the Oil Companies and encourage the use of local contents in the Oil sector.

Also speaking, the APC Candidate for Ohaji/ Egbema,Oguta and Oru West Federal Constituency Engr. Eugene Dibiagu  maintained that the organization will go a long way to guarantee the safety of Oil Pipelines and discourage Oil bunkering.

He said that major pipeline stakeholders will work in synergy with HOSCON to achieve credible result.

Hon. Dibiagu assured the organization his readiness to assist them whenever they call on him.