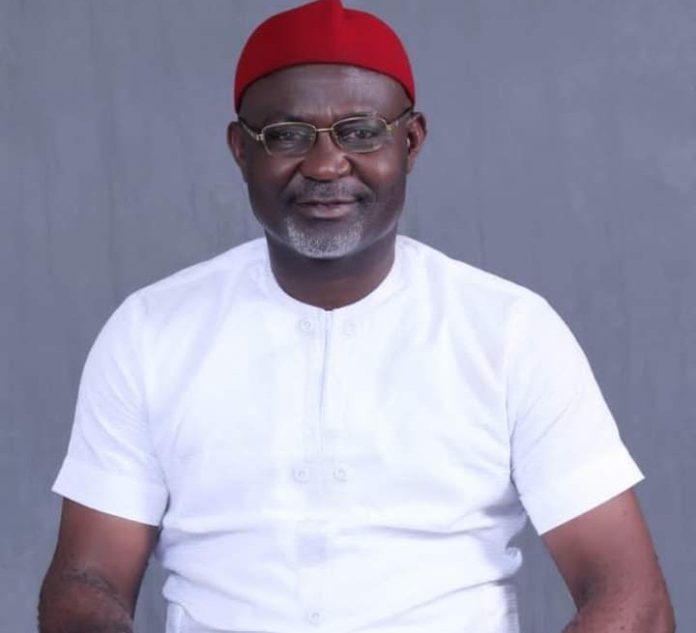 In a goodwill message made available to Trumpeta Newspaper at the Rear Admiral Ndubuisi Kanu Square, Owerri, on Saturday, the erstwhile Oru East Chairman resurrected great hopes among countrymen and women.

Saluting the Presidency, he said Nigerians have every cause to celebrate the freedom from colonial rule.

He pointed out that even though all had not gone down well as expected by the citizenry, there is still hope.

He maintained that a country blessed with natural and human resources like Nigeria stands better chances in the comity of other nations.

Sequel to that, he pleaded to the citizens to be praying for her Leaders for a change and development of the nation.

According to Nze Nyerere Ogbonna, “The tasks of leadership are very enormous. They exceed socio-economic and political functions. That is why I am calling on my people in Oru East and Nigerians in general to continue to offer constant prayers to those in authority. This is a biblical injunction. Their prayers will go a long way in guiding their policies and programs which will be people oriented”.

In the same vein, Nze Ogbonna disclosed that Imo people stand a better chance in reaping the dividends of democracy with the Uzodimma-led Shared Prosperity Government, stressing that already, the governor has proved himself worthy of emulation as a statesman, as evident in his affairs of Imo State since three years saddle on the seat.

Imolites were urged never  to relent in their support to the Governor.

Meanwhile, in the spirit of the celebrations, Nze Ogbonna has rolled out drums in celebrating with the House Member representing Oru East State Constituency at the Imo State Legislature and Chief Whip of the House, Hon Chigozie Nwaneri whose 16th years marriage anniversary with heartthrob coincided with the Independence Anniversary.

“It’s only the Grace of God that makes couples to still stick together as one for a long time. Since the institution was founded by God, God will sustain it. Honourable Chiagozie Nwaneri is my brother and good ally. My prayers and thoughts for him and his family are that God would continue to favour him in all his endeavours. I therefore congratulate him and his family”, he added.