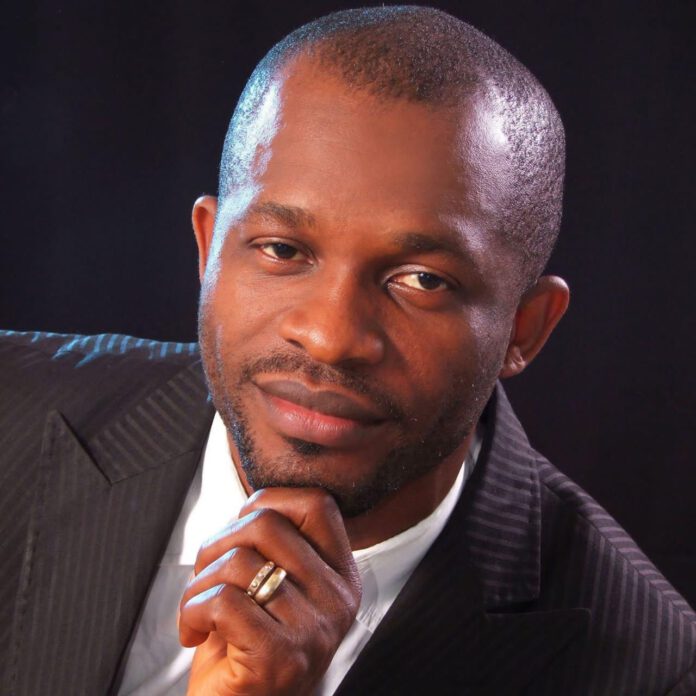 •Reveals Why He Is Most Qualified

•As He Drums Support For Uzodinma’s Re-election

While most of the Candidates for 2023 general elections are yet to get all modalities set for smooth polls, such may not be said of the Flagbearer of the All Progressives Congress, APC, for Mbaitoli State Constituency seat, Engr. Innocent Ikechukwu Ikpamezie, as he has proven his readiness for the task ahead.

This was deduced from his statement during a Press Conference held yesterday, December 1, 2022 in Owerri.

Following his perceived wide acceptance by the people of Mbaitoli LGA, he has appealed to his opponents to consider him as most qualified for the task.

Ikpamezie said, although they are all fit to try their popularity just like him, he still stands tall among them, and has the backing of the masses.

Considering his quest to contest for the seat, the former General Manager of the Owerri Capital Development Authority, OCDA, said it was Divinely orchestrated.

Giving more reasons why they should support him, Ikpamezie told newsmen that in the history of Mbaitoli Local Government, his own Community which is ‘Afara’ has neither been opportune for appointive position, nor elective position, if not when he was appointed the OCDA GM by Governor Hope Uzodinma.

He stated, “that which is good for the goose, is also good for the gander”, adding that for a balanced state of mind and equity, other communities nursing the ambition should reconsider and support him being an ‘Afara’ man to go this time.

“People I am contesting with should look beyond politics and see the Divine mandate in my person. In my community today, if not the appointment His Excellency made by sending me to OCDA ad General Manager, we have never experienced either appointive or elective positions. Every other communities have gotten their fair share in government except ‘Afara’ community.

“I now appeal to all of them to give me a chance. I know all of them are qualified to contest, but I am the most qualified person at this moment. I call on the contestants to give me the full support and opportunity, after which all of us will come to a round table and plan the way forward for Mbaitoli, instead of dragging and spending same Mbaitoli funds. If they withdraw henceforth, they will save themselves from running around and from huge spending. The masses have taken a decision, and I must admit, from what I have been seeing within these sensitization/campaign period, the love from an average Mbaitoli man and woman towards me is massive, I will make them proud”.

Engr. Ikpamezie continued, “I believe if my opponents should look inward at my antecedents and background, they would be able to understand vividly that this time around, I have a Divine mandate, it is not my making.

“Politically, I am highly exposed now. Secondly, from the academic qualifications, based on INEC list, I am more academically qualified than my opponents, I have the first and second degrees, while they have only O’level according to what INEC published, even though it may not be the yardstick for measuring. In all, I don’t think any of them can beat my record. There are verifiable facts everywhere standing in my name. It is not rhetorics”.

Speaking on Peter Obi- Labour Party influence, Ikpamezie opined that the election dates differ, stressing that people know where their hearts lie, and not by social media frenzy.
Placing APC impacts in the State, he boasted that neither Labour Party nor other opposition parties would coast to victory in 2023 except APC.
“APC is a grassroot party. It is deep-rooted in Mbaitoli and Imo State through all its democracy dividends”.

“In life, everybody has his own gift. Leadership is from God. I believe that I am one of those who are endowed with Leadership qualities. In Secondary School, I was the Senior Prefect, and during my University days, I held the positions of Director of Welfare, and President Mbaitoli Students in FUTO.

“My first political trial was in 2015, and 2019 respectively, when I ran for the Mbaike House of Representatives seat, before I got the OCDA appointment. When you examine these posts held so far, you will understand that I served well, and left indelible legacies. I didn’t do these by my power, but through God’s help.

In a related development, Engr. Ikpamezie reeled out some of his human and Capital development before now.

He revealed that while in FUTO, he sponsored the best Students in Afara Secondary School in scholarship from one to six, as well as facilitated employment opportunities for Mbaitoli sons and daughters in different institutions.

Further pleading for the grassroot support, he promised to present bills and motions that would benefit the Imo masses when elected.

“I will use my office to develop the system by helping through the House platform. I will in support of my colleagues make Laws that will be on the general interest of Ndi Imo”.

Meanwhile, Engr. Innocent Ikpamezie has advocated for Imolites to eschew bitterness and support the government of Imo State led by Governor Hope Uzodinma.

He rated the governor’s performance high, especially in combating the insecurity challenges, and on the chains of roads network under the urban renewal project.

He attributed Uzodinma as a trail blazer who surmounted all the cankerworms that greeted him when he assumed office in January 2020, pointing out that it only takes the grace of God, and a visionary Leader to attain such heights.

On the Governor’s second term, Ikpamezie declared that come rain, come shine, Uzodinma’s impeccable achievements in Imo will earn him a return ticket, adding “whom the cap fits, let him wear it”.