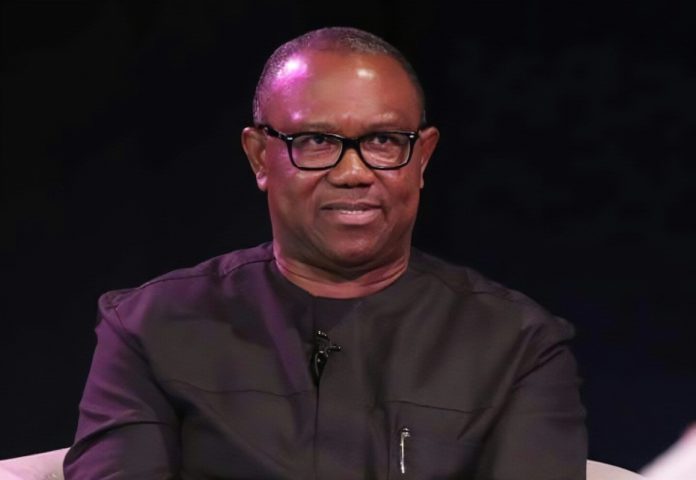 As the members of Labour Party in Imo State await their Presidential Candidate, Mr Peter Obi who is visiting the State for Campaign, the venue of the ceremony has remained a source of confusion for the party members, following where exactly is the venue of the event.

Trumpeta learnt that the Labour Party had written a letter to Imo State Government and Governor Hope Uzodinma requesting to make use of Dan Anyiam or GrassHopper International Stadia, all located at Wetheral Road, Owerri.

Sources said that the letter which was dispatched about a week ago was yet to be responded to as the Tuesday, December 6, 2022 date approached.

As a result of the hazy atmosphere surrounding securing a venue through Imo Government House, the Party decided to make use of Kanu Nwankwo Arena, located at Chukwuma Nwoha/IMSU Road, in Aladinma Housing Estate, Owerri.

Trumpeta investigation unveiled that Dr Fabian Ihekweme, a former Commissioner in Imo State, now member of Labour Party, and the Cordinator, The Big Tent and member of the Peter Obi/Datti Ahmed Presidential Council secured the Hero’s Square venue after paying the sum of one million, two hundred thousand naira.

As at the time of filling this News, it was learnt that while some Labour Party Leaders say they should remain in Kanu Nwankwo Stadium, others suggested they should move to Hero’s square, which is more spacious and has more dignity, than the Kanu Stadium.

Therefore, it is not yet clear where the Labour Party Rally will hold today, whether at Kanu Nwankwo stadium or Hero’s Square.

A top official of the party who spoke to Trumpeta  said that the party is in dilemma over the choice of venue for the Rally, pointing out that already the Party had paid the Management of Kanu Nwankwo and the money cannot be refunded.

“Why it took Imo State Government this long time without giving us a specific venue until the last minute needs to be viewed from some political realm.

Why give us venue after we had paid elsewhere?”

Trumpeta was asked by the top official of Obi/Datti Tent.

Meanwhile, the issue why Dr Fabian Ihekweme wrote and paid Imo State Government without the consent of Chief Martin Agbaso, who is the Chairman of Labour Party Presidential Campaign Council in Imo is causing another problem within the party.

Sources said that the party may eventually use the Kanu Nwankwo venue, since it was the venue paid by Labour Party and not Hero’s Square secured by Ihekweme who was Governor Hope Uzodinma’s Commissioner before he joined Labour Party a few months ago.

Meanwhile, according to a release from Labour Party, all is set for the Presidential Rally of the Labour Party in Owerri on Tuesday December 6th at the Kanu Nwankwo’s stadium.

According to Imo State Presidential Campaign Council Chairman, Chief Martin Agbaso, all is set for the epoc making event.

He said that he cannot imagine the crowd who will troop out to hear Mr Peter Obi speak but anticipate a large crowd of people.

According to him Peter Obi has a message for Imo people to come and listen to.

He boasted that already Mr Obi enjoys over 75% of the support of Imo people.

Logistically he said that the party has applied to both the Police, SSS and Civil Defence to help in controlling the crowd.