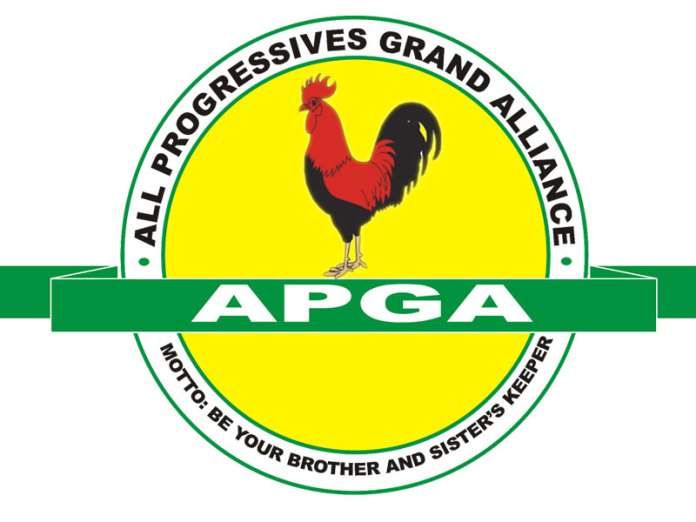 While the frosty relationship between the APC led Imo State government and the Owerri Archdiocese of the Catholic Church lingers, the All Progressive Grand Alliance, APGA, in the State has begun moves aimed at establishing a warm relationship with the Church, not just in Owerri but in Orlu and Okigwe Archdioceses too.

The moves are also targeted at endearing the party to the leadership of the church and its massive members.

The importance of the sought-after relationship could be seen in the party’s decision to invite its National Chairman who led Imo Executives of the party to pay a visit to the Archbishop of Orlu Archdiocese of the church, on Tuesday.

The visit continued, on Wednesday, to Archbishop AJV Obinna of Owerri Archdiocese, and then to Okigwe Archdiocese, today (Thursday).

Aside fostering a better relationship with the Church, Trumpeta learnt that the party decided to embark on the visit to sympathize with the church over the insults and abuses against its members, especially the clergy, and to inform them that APGA is with them in spirit.

The visit is coming on the heels of deteriorating relationship between the state government, especially the Governor, Rochas Okorocha and the Chief of Staff to the government house, Mr Uche Nwosu and the church.

Recall that it started some weeks back when Trumpeta and other media reported the insult and attempted assault on Archbishop Obinna by suspected thugs allegedly attached to Mr Nwosu a the burial of the mother of Alex Mbata in the State.