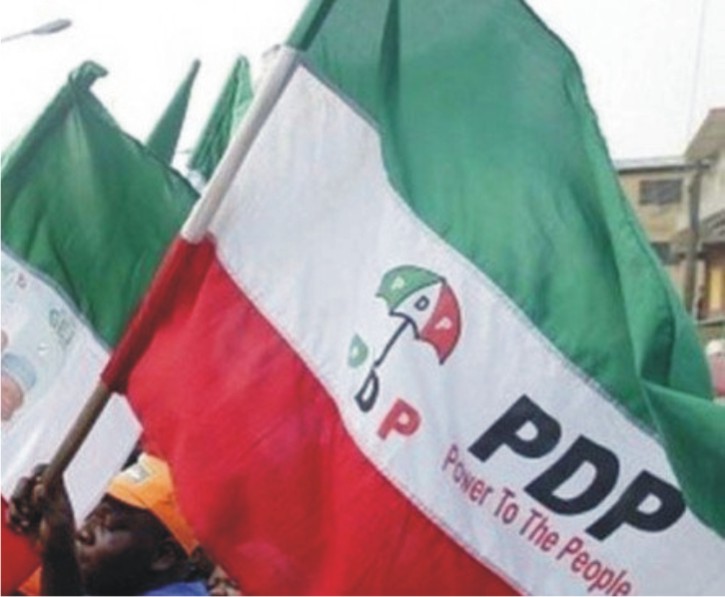 The People’s Democratic Party (PDP) Imo chapter on Sunday held a stakeholders meeting with the aim of generating funds for the party towards the 2019 general elections.

The event held at the party Secretariat, Okigwe road had members and prominent stakeholders of the party, who appeared battle ready for the 2019 general elections present   .

Addressing party members during the meeting, the Chairman of PDP, Imo State Chapter, Barr .Charles Ezekwem advised aspirants to make their campaigns issued based, devoid of calumny and hate speeches warning that any aspirant found culpable will be disciplined in accordance with the provision of the party’s constitution.

While cautioning aspirants against engaging in hate speech, he stressed that the party would take disciplinary action against any aspirants who engaged in such act.

According to him,” for the Peoples Democratic Party to make meaningful and sustainable progress in the next election, it must do away with rancour among members most especially aspirants running for various elective positions.”

“Imo PDP has vow to rate the collective interest of the party above personal interest of any individual, no matter how highly placed. We must remain one family as we go into this battle. The party is resolved and not going back on its decision to conduct a free and fair primaries. One thing we have been able to achieve in Imo PDP is collective interest.”

Hon. Nze Ray Emeana, the Publicity Secretary of PDP, Imo state in his address at the meeting disclosed that PDP will embark on a Local Government tour in all the 27 council areas of the State in July.

He emphasized needs for the party to have a bank account in all the 305 electoral wards, there by enjoining all leaders of various wards to ensure compliance.

However It was a rain of Naira  in Owerri as Peoples Democratic Party realized millions of naira at its stakeholders meeting  towards next year’ s general election from donors spanning from  , elected government officials , and private individuals.

Nwulu who is the sponsor of the very popular and youths friendly bill “not too young to run”, in the National Assembly donated two buses and the sum of four million, five hundred thousand naira to ease the transportation needs and aid effective campaign of the members of People’s Democratic Party, PDP, in Imo state a head of the 2019 general election.

Hon Nwulu promised that he would continue to assist the Party in all capacity to ensure it excel and gain it rightful position in future elections.

The  Ezinihitte Mbaise born Federal lawmaker who broke the jinx to win the Isolo/Oshodi Federal Constituency seat in Lagos State further asked the party faithful  to take credit for the ‘Not Too Young to Run’ Act signed by the president on Thursday, Saying  the bill was his initiative.