The internal wrangling which lingered among members of the Peoples Democratic Party, PDP in Ngor Okpala Local government Area, following misunderstanding within the Leaders have been amicably settled for good.

The trouble shooting was done by the Deputy Speaker of the House of Representatives, His Excellency, Hon Emeka Ihedioha, who used the last Easter holidays to sooth frayed nerves among the warring leaders.

A cold war had existed within the top hierarchy of the party in the LGA, which heightened tension before, during and after the last Delegate elections.

Before the settlement initiated by Hon Ihedioha, Ngor Okpala PDP had been polarized into two camps, with one group loyal to the Apex leader of the Area, Sir Eustace Eke, while the other remained loyal to Chief Blyden Amajirionwu, the state publicity secretary of the party.

However, the last Delegate election provided opportunity for both camps to try their power, and in the end the Amajirionwu group carried the day by producing Hon Greg Egu as the LGA’s Delegate to Abuja.

Rather than calm the situation, it stretched the squabble as both groups flexed political muscles, until Hon Ihedioha delved into the matter, and today Eustace Eke and Amajirionwu camps now eat from one plate, and operate on one page.

After the reconciliation meeting, Dr Sir Eustace Eke, a former governorship candidate in Imo state said he has “Forgiven his children” and asked that Ngor Okpala PDP should be one in peace and unity.

Chief Amajirionwu concurred; by saying the entire Ngor Okpala PDP is one family and asked rumor mongers and story peddlers to stay away from the LGA.

Hon Ihedioha thanked both camps for obeying his peace – making and urged them to remain tight and together to avoid infiltrators from gaining space among them to tear the PDP apart in the Council Area.

Meanwhile, Hon Greg Egu who represented Ngor Okpala at the PDP National Convention last Saturday threw a big bash, for all members of the party in the Area, where former members who joined ACN at the height of the last election returned in their droves to PDP.

Egu said he threw the party to thank PDP members in Ngor Okpala for giving him their mandate, and promised to continue to serve them whenever they need him.

He later donated the sum of (N20, 000) twenty thousand Naira each to the eleven INEC wards in the Council Area.

The party was attended by who is who in PDP in Ngor Okpala and other LGA’s. 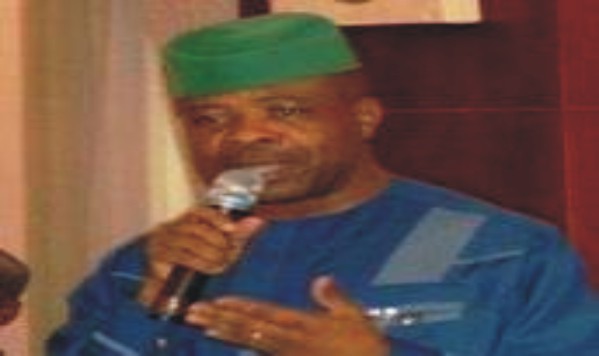