Piqued by the level of embarrassment he received Tuesday April 16, 2012 from Imo Civil servants, Governor Rochas Okorocha has threatened to resign should workers in the state repeat the act.

Okorocha who took the campaign of his unpopular fourth tier government and the deployment of civil servants to their communities to the state secretariat was booed by the workers to express their displeasure over the programme.

As soon as the governor finished addressing the workers there were shouts of thief, thief filled the air from the angry looking civil servants.

Governor Okorocha who told them about his plans to deploy them directly to their respective communities work under the traditional rulers, also accused heads of accounts, the various ministries of being conduit pipes for looting government funds.

According to the Governor, some of them are car dealers and fuel station owners, and queried the source of such wealth by civil servants.

All efforts by the security operatives under the Governors entourage to quell the workers resentment fell on deaf ears as some of the workers chose to walk out on the Governor.

Baffled at the development, the Governor expressed disappointment over the action saying that he will not hesitate to resign should he witness a repeat of the action from the workers.

In view of this, workers in the Imo state Civil Service have threatened to embark on a one week warning strike from Monday April 23, 2012 to further press home their rejection of the Governor’s planned deployment plan.

Meanwhile, the organized labour has vowed that no matter what it takes, the commercialization policy of the Imo state government remains unacceptable because it is an aberration of the public service rule.

Labour position on the issue was made known by the chairman Imo state Public Service Negotiating Council, Comrd Okwara Coleman while interacting with the Imo Trumpeta in his office.

The labour leader who was on his way to pick industrial court forms for service to the Imo state government listed a number of grievances which include:

(1)            The planned movement of Junior workers on grades level (01 – 06) to Community Government Council which negates the principle of the public service rule (Chapter 2 Sect 5).

(3)            Non restoration of study leave without pay as approved by his predecessor which the governor cancelled on assumption of office.

(4)            Non recognition of Trade Unions in the state and arbitrary imposition of policies which are draconian in nature and inability to heed federal government circular on salary relativity or 53.3 per – cent and sundry issues.

Comrd Okwara noted that the governor’s insistence on commercialization was to garner more funds for the execution of his giant capital intensive projects. The other reason is to excel Chief Sam Mbakwe’s records in infrastructural developments pointing out that Chief Mbakwe raised funds from abroad not internally.

Imo Trumpeta gathered that circular letter for the transfer of junior workers to community government council is being issued through the office of the head of service but labour objects to their collection even under duress.

Labour’s stance is also based on the absence of structures on the ground for the legal take off of the so – called fourth tier government. According to Comrd Okwara, it is unprecedented in the civil service where some ministries are not viable and can not pay their staff. This may force some departments to charge money for file search and other minor routine services.

Government was also informed ab initio that the on going projects are too many and financially weighty and advised to move cautiously and not execute many projects at a time. 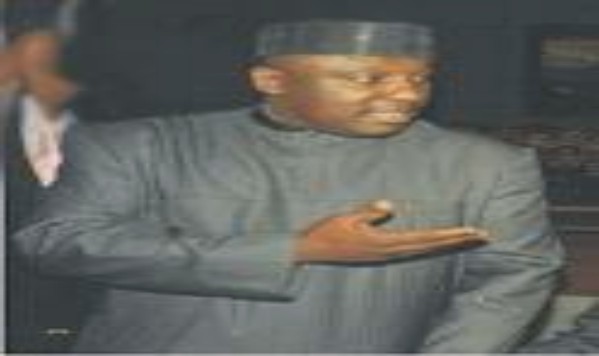