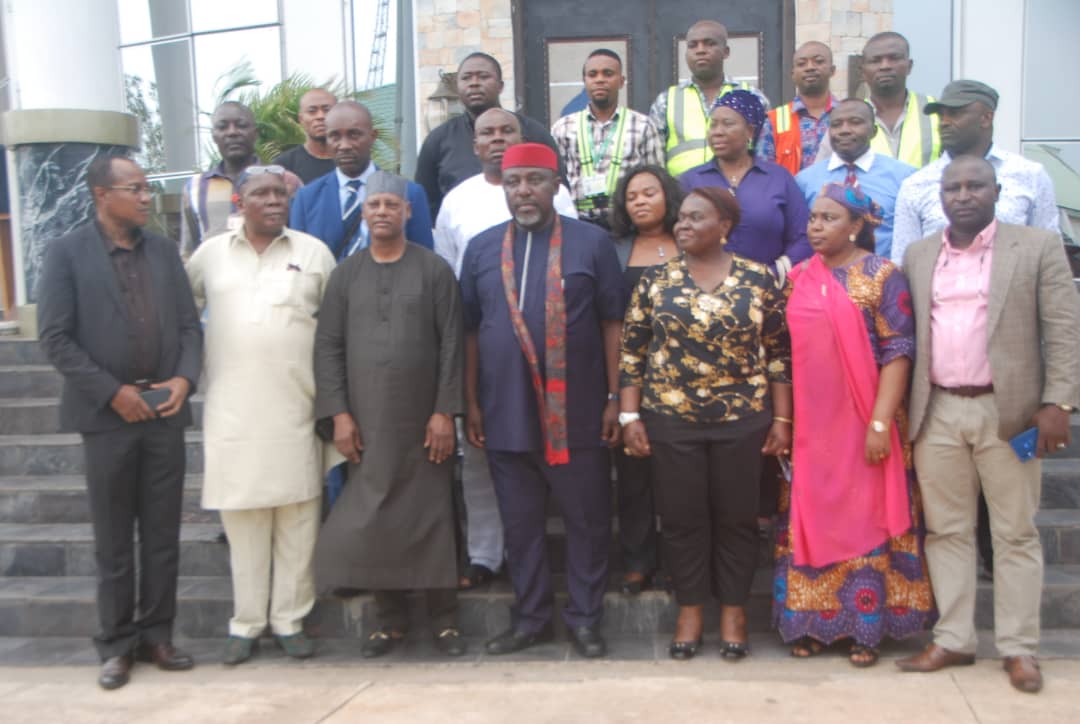 Ahead May 29 Handover:
Okorocha’s Transition Programme Hits Rock
.Governor-Elect Absent, In Germany For Official Function
The out-going Governor of Imo State, Owelle Rochas Okorocha’s Transition programe that will climax with the swearing-in of the in-coming Governor, Rt Hon Emeka Ihedioha, may not go as planned, as the Governor-Elect is still on over sea tour on official functions.
According to information available, to Trumpeta, after much foot-dragging, Governor Okorocha formed a Transition Committee to plan for the swearing-in ceremony of May 29, 2019, without first consulting with his would-be successor to know his schedules.
Sources told Trumpeta that because of this lapse, Ihedioha had earlier already made his own plans, which could not correspond with Okorocha’s plan.
Therefore, the Okorocha Transition programme which commenced on May 29, 2019, with a “meeting with the Governor and Governor-Elect” for the “inauguration of Joint Committee, Tour of Government House” which holds at Government House Owerri on May 2, 2019 could not hold because of the absence of the Governor-elect.
Indications are that the second programe scheduled for May 3rd 2019, which is “Governor and Governor-Elect Meeting with Transition Rulers” may also not hold.
Meanwhile, in a Release signed by Chibuike Onyeukwu, the Media Aide to the Governor- elect, Rt Hon Emeka Ihedioha, it was stated clear that Ihedioha will be away in Germany from May 2nd-4th 2019, for an event at World Conference Centre in Bonn, Germany.
“The Governor elect, in his quest to explore investment opportunities for the State, will also hold strategic meetings dimed at seeking the cooperation of several development Partners from all over the world who will attend the event”.
Close sources to the Governor-Elect who spoke to Trumpeta said that Ihedioha did not shun Okorocha’s Transition programmes as being insinuated in some quarters, but is attending to  important functions and events earlier booked before the Okorocha Transition Committee released their programme.
“There is no sense in making insinuations. Ihedioha travelled for important function that will benefit Imo State. He will join in the other programes immediately he returns home from over sea” a source told Trumpeta.