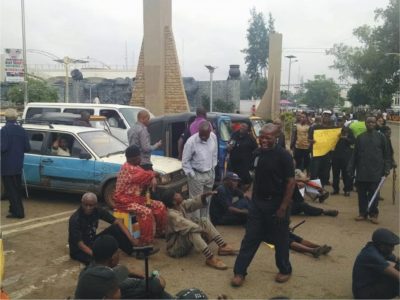 The aphorism “anything worth doing is worth doing well” has been playing out since last Wednesday (4/9/19) when the Ihedioha led administration commenced the verification of pensioners in the state.

Trumpeta monitored report reveal that in some local government areas, the pensioners were divided into blocs or wards to ensure smooth and crowdy free exercise. At Owerri West local governments area the existence of the three blocs-Ara, Ochie and Umunwaoha is currently being applied as verification is done in turns.

At the Government College, Owerri, centre, where pensioners from Owerri Municipal as well as other pensioners converged, it was a smooth exercises as pensioners were subjected to thorough and strict screening to the effect that any fault not discovered by a particular verifier must be detected before one goes through all the verification hurdles.

There was a government ambulance with medical personnel around as well as a wheel chair to facilitate the movement of pensioners who may have problems moving from one beat to the other.

The officials were constantly supervised to a point that they had no time answering phone calls let along fiddling with their phones.

Enough bottled water were made available to all and sundry with lunch provided for the officials just as some lucky pensioners got some packs of the jollof rice served.

Some of the pensioners who spoke to Trumpeta described the entire exercise as well organized affirming that “indeed it is a one in all verification exercise”.

However, the question “how many months is Ihedioha paying” could not be answered by Trumpeta when the question was thrown at this Reporter.