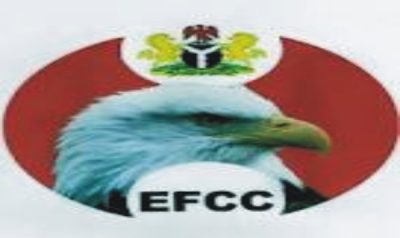 Apart from becoming Imo State governor through the Supreme Court, two factors may gladden the heart of Senator Hope Uzodinma  at the moment as the immunity clause enshrined in Nigerian constitution may have saved him from prosecution and travel ban from government authorities.
It would be recalled that before the present dispensation, an allegation of $12m (4.3bn) fraud case as well as travel ban were hanging on Uzodinma’s neck.
Not too long ago, a special presidential investigation panel led by Okoi Obono-Obla which was dissolved in September 2019 had in line with Executive Order 6, placed a travel ban on 39 top class politicians suspected to have been involved in fraudulent act with the country’s fund. After the dissolution of the Obono-Obla panel, the AGF took over the cases which involves Uzodinma’s case.
According to the panel, the Imo State governor allegedly perpetuated fraud to the tune of N12m (N4.3bn). He was accused to have failed to execute a contract worth &12m awarded to his company by the Nigerian Ports Authority for the dredging of the Calabar channel.
This case led to the arrest of Uzodinma who it was learnt was released due to high blood pressure he suffered in custody, according to Obono-Obla.
Trumpeta findings also have it that the SIPP panel dragged Uzodinma before a federal High Court in Abuja for alleged non disclosure of assets.
One of the charges read, “That you, Senator Hope Uzodinma (male) on or about March 5, 2018, being a public officer with the National Assembly, Abuja, within the jurisdiction of this honourable court, committed an offence to wit: refused to declare your assets without reasonable excuse upon notice to declare your assets before the Special Presidential Investigation Panel for the Recovery of Public Property, Abuja, contrary to and punishable under Section 3(3)(1)(a) of the Recovery of Public Property (Special Provision) Act 2004.”
Further details have it that apart from the case being handled by the office of the AGF, the governor was yet to extricate from a case with the Economic and Financial Crimes Commission.
Justice Abdulahab Muhammed of an FCT High Court had on October 29, 2018, referred the case of criminal complaint of issuing N200m dud cheque instituted against Uzodinma, to the EFCC for investigation and action.
The court had on September 18, 2018, ordered the arrest of the senator following his refusal to honour the summons to answer to the complaint that he issued the dud cheque.
On September 25, 2018, the court granted a request by counsel for the complainants, Tosin Ojaomo, for the publication of a public summons against Uzodinma following the failure of security agencies to produce him despite a pending arrest warrant issued against him.
Details reaching Trumpeta have it that the immunity clause may have left Uzodinma off the hook for now as the FG have kept mute and yet react on the matter. It was also learnt that these cases were trump up charges initialed by his political opponents who wanted to use the anti graft agencies and some forces to stop his plan of becoming governor of Imo State.
Trumpeta discovery further revealed that the period these cases came up was when he was battling with the son in-law of Senator Rochas Okorocha, Chief Uche Nwosu for the APC position.
While the office of the Accountant General couldn’t be reached for comments, the EFCC is said to have ceased any further act since immunity covers Uzodinma as governor.