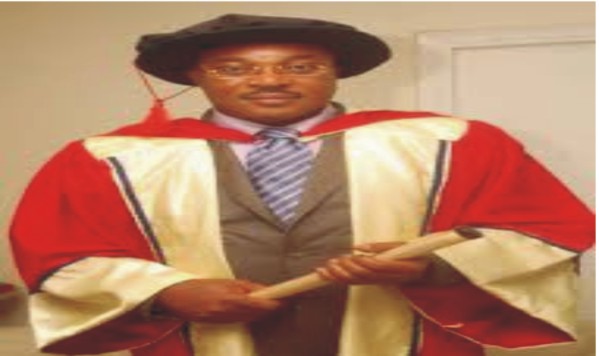 By Onyeananam Edmund-Victor
A world Renowned Business Chief Executive, Chief Dr. Uzoma Obiyo, on Thursday, donated food items worth Millions of Naira to Ikeduru Indigenes, as part of efforts geared towards ameliorating the sufferings of vulnerable people as a result of the COVID-19 Pandemic.
The palliative materials included bags of rice, beans, cartons of noodles and some cash gifts to the people of the area. The event took place last Friday, May 8, at Ogirike, country home of Dr Obiyo in Ikeduru LGA where thousands of women and men trooped in to receive the food items freely given to them to alleviate hunger caused by the lockdown measures to contain the spread of Covid-19 in the state.
Some of the beneficiaries who spoke with FFONTLINE EXPRESS newspaper expressed happiness over the kind gesture of Dr Obiyo and prayed God to continue to bless him since they cannot repay him materially. One of such beneficiaries, Chinenye Nkazi, expressed happiness over the food items she received on behalf of her family and said that it will go a long way in putting smiles in the faces of all her family members. According to her, the day was a very happy one in Ikeduru because of the distribution of the food items by the philanthropist.
Some important personalities in Imo State were at the event to witness the sharing of thousands of bags of rice, beans and noodles among homes from the 12 wards of Ikeduru.
The immediate past lawmaker who represented the people of Ikeduru in the 8th House of the Imo State House of Assembly, Hon Dr Uche Ogwuike, said it was not the first time that Dr Obiyo was giving items to the people of his community, but that it is what he has been doing for long through his foundation, the Samuel-Mary and Dame Emily  Obiyo Foundation. According to him, Dr Obiyo, at this time, just did what he has been doing to help those who are in need, but particularly, to cushion the hardships brought on people as a result of the Covid-19 pandemic. He said that 25 persons were selected from each ward of Ikeduru to collect food items, including 20 widows and 5 others considered to be the poorest of the poor, totaling 300 women and men from the 12 wards of Ikeduru who benefited from the palliative items. He described Dr Uzoma Obiyo as a benevolent leader who has been carrying his own people along, revealing that Dr Obiyo played a key role during campaign for the Hope Uzodinma Administration.
Also, the apex leader of the Amakohia APC ward, Engr Dr Ike Bori, said Dr Obiyo has helped to put smiles in the faces of people through the activities of the Samuel-Mary and Dame Emily Obiyo Foundation, calling  on other wealthy individuals in the state to imitate him so as to bring succor to the downtrodden.
Hon Henry Uzochukwu Igbokwe, a former Board Chaiman, Imo Broadcasting Corporation, IBC, who was also at the event, said giving is part and parcel of Dr Uzoma who, according to him, is passionate about helping  the poor, stressing that many people have been giving palliative materials but only to their communities while Dr Obiyo is giving to the whole Ikeduru LGA, showing that he cares for all.
The National Secretary, National Council for Women Societies, NCWS, Chief Mrs Sherril Amonu, expressed happiness in identifying with the Samuel-Mary and Dame Emily Obiyo Foundation in the distribution of palliative materials to the poorest of the poor and prayed that God will continue to bless him abundantly.
Also present was Mazi Okwudili Nwanyadike who said that bringing succour to the downtrodden is what the Samuel-Mary and Dame Emily Obiyo Foundation has been doing for long. According to him, the distribution of palliative items to widows and the poor was very important because it helped to wipe away the tears of many people in Ikeduru.
The former Executive Chairman of Ikeduru LGA, Hon Chief Sam Aka, commended Dr Uzoma Obiyo for wiping the tears of the people of Ikeduru caused by the Covid-19 pandemic and charged the beneficiaries to pray for him for more blessings.
Speaking with journalists, the President/ Founder of the Samuel-Mary and Dame Emily Obiyo Foundation, Dr Uzoma Obiyo said that in view of the current global challenges, there is need for individuals to come out and support the efforts of government since the challenges are too much for government alone to undertake, calling on good spirited sons and daughters of Imo State to donate into government account as well as assist the poor in their midst. He revealed that the foundation, which is a family one, is into charity, campaign against drug abuse as well as promoting education through scholarships. He expressed confidence in the ability of the Imo State Task Force on Covid-19 headed by Professor Maurice Iwu to ensure that Imo State is completely rid of coronavirus and thanked the state governor, Dist. Sen Hope Uzodinma, for his commitment to ensure that the pandemic is adequately checkmated to protect the lives of Imolites, saying that the governor’s anti-Covid-19 measures are the best so far in Nigeria.