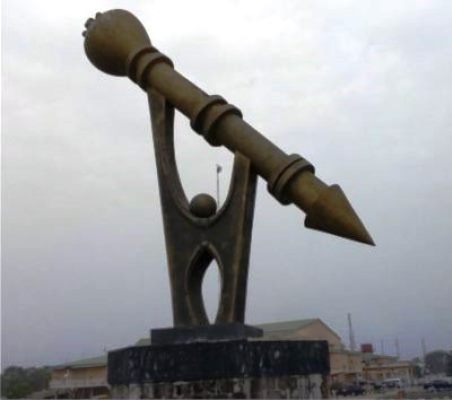 By Onyekachi Eze
The red button of the unknown consequences has been ignited in the Imo State House of Assembly as not less than 16 members are said to be infected with the dreaded Corona virus disease even as the number affected among their political aides and staffers are yet to be ascertained.
However,  mix grill of stories are also trailing the report of the infection as some lawmakers are said to be pointing accusing fingers at a direction in Government House, Owerri as being responsible for the positive result.
Covid-19 pandemic which is ravaging the society is having a devastating effect in the state legislature with members on the list of those who tested positive in Imo State so far.
It would be recalled that an alarm was raised in Imo Assembly when two members initially tested positive causing the state government to consequently close down the complex conducting compulsory test on the members, their aides and staff available.
Trumpeta learnt from grapevine sources that in the last count after the tests conducted last Wednesday, about 14 more were said to have tested positive.
Though this newspaper hasn’t been able to confirm the true identity of those affected and their various constituencies since the authorities of the Imo House and the state Task Force Committee were yet to speak on the development, it was suspected that the initial two may have affected others through contact.
This newspaper was informed that in the complex where the members were relocated for their plenary session after the main complex was short down for repairs, the members use one microphone to speak on the floor of the House.
Suspicion was rife that the initial carriers apparently unaware of their Covid 19 status may have touched the microphone which was passed to any member who spoke during plenary.
The suspicion became rife when it was discovered that the House members maintained spaces and distances during sitting arrangements.
A staff who works in the chamber disclosed to Trumpeta in strict anonimty that the passing of microphone was suspicious and heightened anxiety as those who had the deadly virus may have passed it to others through that means.
Trumpeta further learnt that most of the Members who tested positive are accusing a top government appointee in Govt House Owerri of being the mastermind of the result that tested positive.
According to few of the lawmakers who didn’t want their names published, an unnamed official sent the medical team to test them in the state assembly hence the outcome was influenced to be positive.
“We are suspecting a highly placed official to be responsible. Because the Members are not happy with a development in one area and the top official is involved. To distablize us in the House, a medical team from their end was brought in and we suspect the medical team may have influenced the outcome” a source offered.
Trumpeta was informed that some of the members who tested positive out of the suspicion that there could be sabotage have directly contacted another medical team to run a different test on them for the Covid 19 to ascertain their true status.
Efforts to reach the House leadership to speak on the matter proved abortive as it was learnt that those affected have been duly communicated for isolation and consequent treatment.
Already, the House has been shut down for disinfection process to be carried out by the Covid 19 Task Force in Imo State.
In a related development, aides to the lawmakers are said to be hiding for fear of being tested and taken to isolation centres.
Some of them who mustered courage to partake in the test stated that no need waiting for their results as they have isolated themselves rather than caged in a designated centre.
Others who spoke to this newspaper maintained that it is better to observe the quarantine period at home than coming out to face stigmatization.