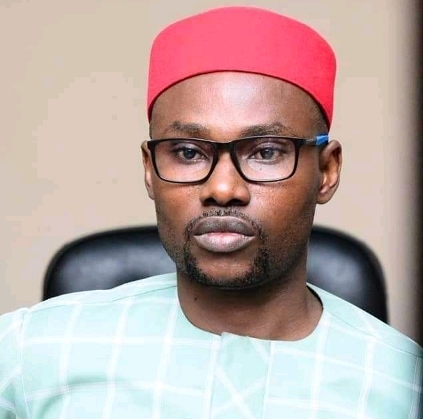 By Okey Alozie
Should the Hope Uzodinma administration institute an award for the Best Performing Chairman of LGAs in Imo State since he came into office, the boss of Ihitte Uboma council will definitely wear the crown.
This is as a result of investigation and assessment carried out by our team of reporters who discovered that Olemgbe is the best among equals with the giant strides he has recorded since he came on board as Ihitteuboma Interim Management Committee Chairman.
Reports from all 27 LGAs of Imo State showed that his achievements supersede that of other IMC chairmen.
Olemgbe who hails from Awuchinumu in Ihitteuboma local government area of Imo State is one of the youngest council chairmen in Imo.
With more than six (6) months in office, he has digitalized Ihitteuboma council.
He has also produced enabling environment for investors to come and add value to his area.
His major projects include, rehabilitation of roads especially those leading to farmland.
The council headquarters of Ihitteuboma (Ishinweke) is now wearing a new look.
The building there were renovated to standard coupled with the land scalping work that he did to make the place look so beautiful.
Security situation in Ihitteuboma has improved under the headship of Hon Chike Olemgbe. Today he had received award and praises to the area.
Olemgbe has brought governance to the grass root and has made his people proud through his pedigree of dynamism, philanthropic disposition, political sagacity, equity, fairness, accountability and justice to all.
Olemgbe is the man of the masses. A visit to the LGA showed that he offloaded a lot of sands and chippings. He has completed the admin block. He has supplied fertilizer to farmers. Olemgbe also distributed all the palliatives he got from the state government to people of Ihitteuboma. On his own he has given out money to the less privilege ones.