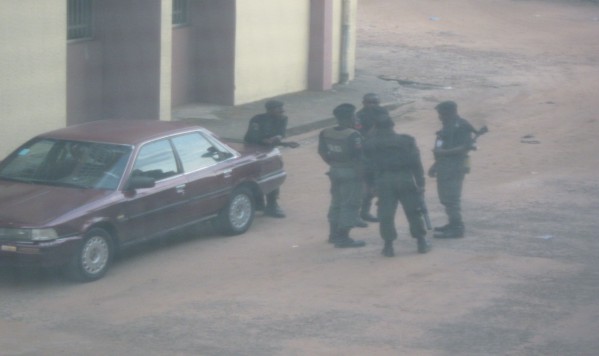 By Peter Uzoma.
For close to two months now, motorcycle operators in Ideato axis have been having nightmares as it was almost becoming ” a stamped uncertainty” of what happens to them and their bikes as a result of bike snatchers who operate in the area.
The modus operandi of these snatchers which changes on daily basis have further compounded  the fears of the bike operators to a point that they now have difficulties distinguishing between genuine passengers and snatchers especially in the area of carrying two passengers at a time.
The Nweke-Umudi-Dikenafai road appears to be worse hit because of the dilapidated nature of the road which always forced the bike operators to ply slowly thereby giving the snatchers field days.
Stories heard on daily basis was either that a bike man was stabbed, shot or pepper poured on the operators eyes to disable him and dispossessed him. These developments have so angered both the bike operators and indigenes that they mounted surveillance.
On the ninth of September, 2021, luck ran against two motorcycle snatchers. An eye witness told Trumpeta Newspaper that two bike snatchers had engaged a bike rider for a drop towards the Afor ukwu market in Ideato South.
The witness said the two snatchers on getting close to the market environment brandished a pistol and asked the bike man to surrender his key. An alarm raised by the bike man attracted a crowd which quickly overpowered the snatchers.
In a melee that ensued, another rider who had fallen victim early this year was able to identify one of the snatchers who was said to have come from a neighbouring town. This identification to which the thief confessed to infuriated the angry mob who before then had beaten the snatchers to a pulp with their hands and legs tied.
Trumpeta gathered that from nowhere somebody appeared on the scene and poured petrol on them and set them ablaze, shortly after,  Policeman arrived the scene and the crowd in a twinkle of an eye disappeared.