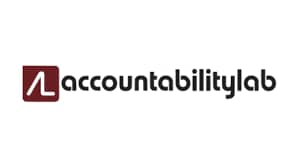 A non-profit organization, Accountability lab has held a town hall meeting for Asaa, Obile and Mmahu communities of the oil rich regions in Imo state.

The organization is a global trans-local network that makes governance work for people by supporting active citizens, responsible leaders and accountable institutions.

The meeting which was held at the Immaculate Hotel in Owerri with select stakeholders from the sampled communities, was aimed at explaining about nine major key findings the organization identified from their engagements with members of the community.

The findings done by the organization revealed that community members were marginalized, as the majority are yet to benefit from basic amenities, employment, including free education, healthcare and subsidized agro materials.

Other findings showed that public funds were diverted for personal use and there is a lack of political will by government stakeholders, even when community members are aware that stakeholders are not living up to their expectation of good governance.

Explaining the findings to the participants, the program officer, Kelly Osuji stated that the survey which identified these challenges and findings were made possible by the Community Frontline Associates who are members of these sampled communities and were nominated by their traditional rulers and inaugurated by the organization. Their role he mentioned, were to sensitize the people and create the needed awareness to demand for accountability.

Speaking with Program officer, Kelly Osuji, he informed that the project which is a civic act project has been working with sampled oil producing communities in Imo to create awareness and educate the people on the benefit of social inclusion in decision making processes and the need to hold their representatives accountable.

Part of the project will also help them know how to deal with the oil companies and ensure that what has been promised will follow standard procedure for implementation and basic amenities are provided for members of oil producing communities.

Osuji listed unresponsiveness from elected and appointed representatives as a major challenge to the project in the communities in addition to the insecurity situation in the state.

Community members in an interview with Trumpeta said the situation has been a lingering issue from successive governments in Imo but can only be salvaged if representatives either elected or appointed, can show true leadership and accountability to the people.