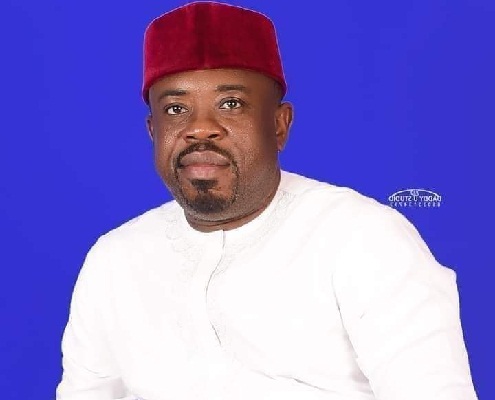 The bill seeking to regulate the establishment of public and private cemeteries, morgues, burials, and interment companies in Imo State has passed a second reading at the Imo State House of Assembly.

The bill was presented by the member for Okigwe State Constituency, Hon. Samuel Chidiebere Ogbunikpa.

According to Hon Ogbunikpa, the bill is to regulate the abnormal practices and inhumane treatment associated with burial ceremonies in Imo State.

The bill have specifications for penalty against defaulters.

The Okigwe House member explained that it has become worrisome on what road users pass through in the hands of mourners and interment companies.
He recalled that in the olden days when someone dies, he is been buried decently without any road blockage or harm on either the road users or the bereaved families, hence, said the current scenario calls for a reflection.

Provision of the bill when finally passed into Law says,

“Any person(s), group or NGOs wishing to establish and run Interment or burial company in the State shall apply to the State Ministry of Health, after having fulfilled the following conditions: (a) Payment of site inspection fee of N50,000, which shall be made at lIRS and Presentation of Revenue receipt to Ministry of Health for further necessary action.

(b) Show capacity for running such a company, in terms of equipment, human Resource availability, suitable building, among other guidelines as shall be provided and required by the State Ministry of health.

“If such Company is already in existence, prior to passage of this Law, shall be required by this Law to register the Company with the State Ministry of Health with a registration fee of N50,000. Every company shall be liable to pay to the
Government, annual renewal fee of N20,000 being condition precedent for retention of operational permit.

Operational permit shall be issued to a burial Company or Proprietor for commencement of business, after having fulfilled the provisions of section 5 of this Law”

For burial ceremonies proper, they bill states, “Burials and burial ceremonies in the State shall be classified as follows (a) State burial (b) Special burial (C) Traditional/Community burial (d) Emergency/ad hoc burial (e) Mass burial.
The following shall merit State burial at the Government expense, provided such person(a) died in active service, while serving in that capacity of, viz (a) Governor (b) Deputy Governor (C) Speaker of the State Legislature (d) Deputy Speaker (e) Chief Judge of the State and any other as shall be determined by the State Executive Council

“Special burial shall be accorded to person (s) who shall be adjudged so by the State Executive Council, having distinguished himself or herself in the service of the State and/or in his special field of endeavour in the State or in the Federal Republic of Nigeria, being a citizen of the State, as an inventor, captain of Industry for Land mark achievement in production of goods and services, and such other special and remarkable achievements.

The cost of such special burial shall be shared between the Government and the family of the deceased at the ratio of 60:40, with Government contributing 40% of the overall burial expenses.

Any family who wishes to accord State or Special burial to her deceased, who does not fall within the categories provided in 6(2) and (3) above, shall, in addition to paying the full cost of the burial expenses, pay a #1m tax to the State Government.

On the mass burials, it states thus, “shall be approved and signed by the Governor or by delegated powers and shall be conducted by the State Ministry of Health.
Any family wishing to bury their deceased shall comply to Section 3(7) of this law or ensure that the grave in the alternative, is located not less than 5km from the
home stead”.

Similarly, all deaths occurring on or before the Commencement of this law must be registered with the L.G.A of the deceased with the sum of N1,500 and/or the office of the Eze of the Community as provided the culprit shall be guilty of an offence and shall be liable on conviction by the court of competent jurisdiction to payment of the sum of N10,000 or Community work for one month or to both fine and Community punishment.

“Any person(s), group or organization that organizes unapproved special burial, in contravention of the provisions of this Law, involving designing of Bill boards, placing of signages, inter alia, shall be guilty of an offence and shall on conviction pay a fine of N500,000, in addition to payment of a tax of N1m as required by the provisions of this law, vide Section 6(4).

prohibited.
“Any person(s), group or organization who contravenes Section 7(3) of this Law shall be liable on conviction to a fine of a N100,000 or a jail term of three months or both”.

On another note, the bill condemned road blockage during burials, as it attracts stiffer penalty.

On the issue of cemeteries, the Lawmaker revealed that any religious or community group seeking to have one will first apply to the Local Government with the sum of N100,000, including cost for the site inspection by the L.G.A officials, where it will be domiciled.

It added that every State cemetery will be secured with a perimeter fencing to guard it against the use of necromancers and wicked spiritualists.

“Part of the Public Cemetery shall be used for horticultural purposes to help generate revenues for settlement of the salaries and allowances of the public Cemetery attendants.

“Every Cemetery, public or private, shall be located 15km away from residential areas”.

Ogbunikpa added that in order to restore decorum and respect for the dead, gave birth to the bill, hoping it would be given an accelerated passage.

The Speaker, Rt. Hon. Kennedy Ibeh constituted a 5-man ad-hoc committee to go through the bill and report back on December 7, 2021.