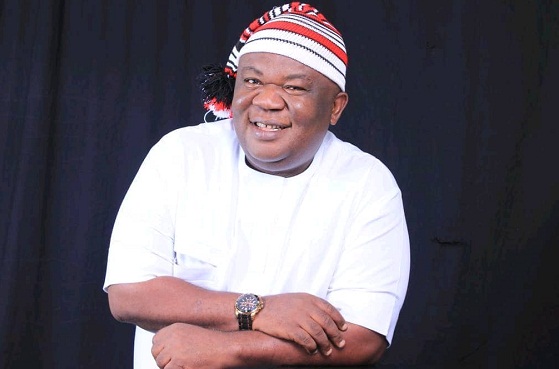 The era for illegal intake of killer hard drugs, its consumption and sale in Imo State may be over, following the prompt intervention of the State Legislature.

Members of the State Parliament during Tuesday, November 16, 2021 plenary session spoke tough against the intake of such hard substance.

Apart from that, sellers, marketers and promoters are in for serious trouble as they would be cooling off in jail if apprehended for promoting the menace.

Moving the motion on the floor of the House, the Member representing Ideato North State Constituency, Rt. Hon Innocent Arthur Egwim decried the sorry state of youths who take such harmful substances.

He recalled that for the umpteenth time, the sad stories predominant in the State were associated with the killer drugs known as “mkpuru-mmiri”, ice, “guzoro” and others.

Hon Egwim said the intake of those are part of the reasons and causes of most of the insecurity that bedevilled the entire South East and Imo in particular.

He posited that answers he obtained from some of the youths into the act of taking “mkpuru-mmiri” and other related killer drugs were baseless, as they turn less humans after its intake.

According to him, the incessant security unrest could be traced to the effect of “mkpuru-mmiri”, ice, Indian hemp, guzoro and their sister drugs.

He decried that if no proactive steps are taken now, Imo State may be parading drug barons, and end up not being sure of the type of Leaders of tomorrow always dreamt of.

Also, he advocated for stringent punishment against defaulters to serve as deterrent to other young ones hatching the same habit of engaging in such hazardous drugs.

Egwim passionately suggested that both Traditional Rulers and President Generals of every community be at alert, sensitize their youths, and draw the attention of Government and other relevant authorities of the hideout of sellers and consumers of the aforementioned killer drugs.

“Whereas the menace of the consumption of “Mkpuru Mmiri” and “Guzoro among others, by the youths of this State, is too obvious to be ignored,

“Aware that the non-affordability of other psychoactive hard drugs such as cocaine, baibiturate, tramadol, codeine and others has led most of our youths to consuming a more deadly though cheaper, substance, which they christened “Mkpuru Mmiri or “Guzoro”;

“Observing that the habitual consumption of “Mpkuru Mmiri” has rendered some of our youths useless by making them mad and sent some to their early graves as its consumption is often associated with health hazards and risks such as high blood pressure, cardio-vascular mental health problems, sleep deprivation, brain
related illnesses, damage and anorexia to list a few;

“Obvious that if nothing is done to checkmate the ugly trend and get the youths of this State to say no to the consumption of the “Guzoro and Mkpuru Mmiri”, and other such drugs, the future of the State is at jeopardy in terms of getting good pedigree of youths for Leadership succession”.

The Lawmakers didn’t only charge the relevant drug enforcement authorities on efficiency, but also made them to know that collecting money and granting bail to drug addicts is tantamount to moral decadence.

They stressed on the need to re-orientate them and the public, especially youths on the inherent dangers associated with it.

The Deputy Speaker said, “Mkpuru-mmiri, ice, guzoro” and others are even more deadly than Coronavirus because this one is self inflicted. Rehabilitation centers should be provided as well in the State to help in restoring the sanity of the mentally deranged persons caused by mkpuru mmiri”.

Hon Uche Ogbuagu asserted, “All forms of drug addiction will be an evil wind that if it’s not controlled now could cause a generational gap. 99% of all these happenings are predicated on these drug addiction. Mkpuru mmiri is even worse than ecological disaster”.

After a robust debate, the House led by Speaker, Rt. Hon. Kennedy Ibeh resolved to urge the Governor, Senator Hope Uzodinma to reconstitute the State Committee against hard drugs to work in synergy with NDLEA and the State Ministry of Health to discourage the evil practice of consumption of hard drugs, as well as arrest and prosecute dealers and distributors of the killer substances in the
State.

“Be it also resolved by this Honourable House to urge the Governor, to establish well equipped facilities in the State for the

purposes of rehabilitation, re-orientation and treatment of drugs abuse victims in the State.

“Be it further resolved to urge the Governor, to direct Ministry of Health, in conjunction with other stake-holders, to organize

seminar/workshops at Constituency levels to educate the youths and other habitual drug takers on the dangers and repercussions of their ignoble habits, so as to refrain there from”.

In the resolution also, the State NDLEA Commandant, Commissioner of Police, Commissioner for health were summoned to appear before the House on Thursday, November 18, 2021 at 10:00am to give further explanation on the increase in the intake of hard drugs in the State and its resultant effects on Imo youths.