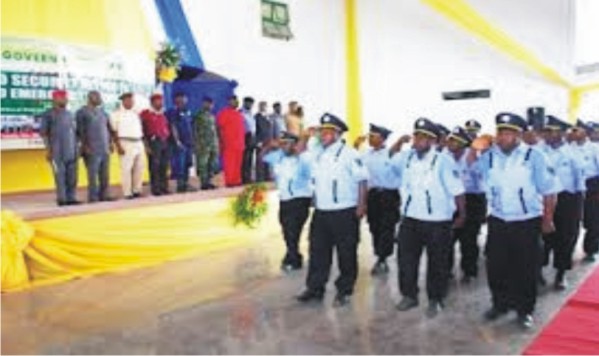 The Government of Imo State, led by Senator Hope Uzodinma has announced that the Government will launch a security outfit for the protection of life and property in the State.

The was announced by the Imo State Commissioner for Information and Strategy, Hon Declan Emelumba while briefing the Press after Wednesday’s State Executive Council meeting, at Government House, Owerri.

He said the security outfit will work in combination with local vigilante organizations and Community policing.

He said that security outfit would be launched on November 30, 2021.

He also said that the Government will rehabilitated the Community Centers across that State, with President-Generals of Town Unions as members of the Centers.

It was also learnt that the existing Development Centers, which are fourty four (44) would be increased to Fifty (50).

“Town Union Presidents will be members of Development Centers where the community falls into” the Commissioner said.

It would be recalled that the Development Center Government was introduced by the Government of Governor Achike Udenwa by the Act of Imo Parliament.

His successor, Dr Ikedi Ohakim continued the model, but was stopped by the administration of Governor Rochas Okorocha for the eight years he was in office.