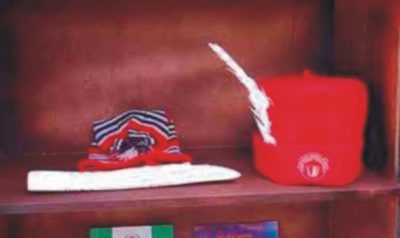 Trumpeta learnt that soon communities in Imo State that applied for the replacement of their late Traditional Rulers will have their request granted.

Information revealed date to hand over the new staff of office will soon be pronounced by the Government and communicated to such communities.

Our source revealed that the arrangement has been completed.

It was learnt that is now left for the secretary of the State Government Chief Cosmas Iwu harmonize and issue the affected communities and finally fix the date to handover the staff of office those Eze elect that passed the screening.

We gathered that over 40 autonomous communities that lost their traditional rulers applied for replacement and good number of them come from Owerri zone.

For more than two years now the communities of dead Ezes have faced a lot of difficulties coupled with delay on the side of government in giving them staff of office.

Our source further revealed that the government followed the constitution and lay down rules of the affected communities before short- listing the names of those that will replace the dead Ezes.

Those who applied for new autonomous community are also fighting very hard to succeed this time.