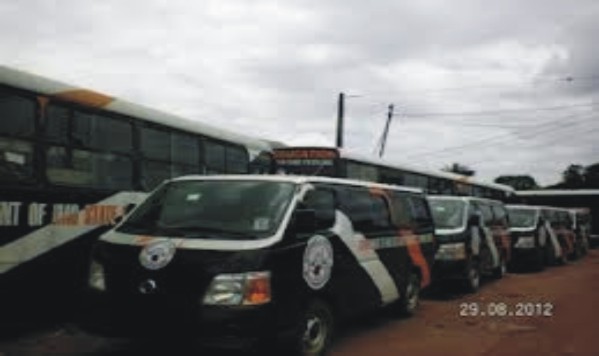 The ITC Branch Chairman of AUPCTRE, Comrade Kelechi Metu gave the commendation while speaking with newsmen at the ITC premises. He also said the entire State Executive Council (SEC) of AUPCTRE have done marvelously well under the State Chairman, Comr. Emmanuel Metu.

Speaking on behalf of the AUPCTRE excos and members, the ITC branch chairman of AUPCTRE, comrade Kelechi Metu said the management of Imo Transport Company, ITC led by Nze Emeka Duru have fixed some buses and added them to the fleet. He said salaries of ITC workers have been paid, Comr. Metu said medical allowance have been paid.

Comrade Metu also disclosed that Christmas package was also given to workers and due to the strategies put in place by the ITC management, the workers now have good working relationship, he said the management now pay for loading bays.

He however stated that the members of AUPCTRE have unanimously urged the management of Imo Transport Company to do more especially in the task of adding more vehicles to the fleet, the union also pleaded with the management to promote their staff which will also lead to increase in salary. They called on the Management to pay retirees. Speaking further, Comr. Metu urged the staff of ITC to be punctual, he thanked them for their support.

Comrade Metu said, “on behalf of AUPCTRE, we wish to commend the management of Imo Transport Company led by Nze Emeka Duru for transforming the company, the management have fixed some Buses and they have added those buses to the fleet. Salaries have been paid, the management gave us Christmas package, workers now have good working relationship, ITC management is now paying for loading bays amidst other achievements”.