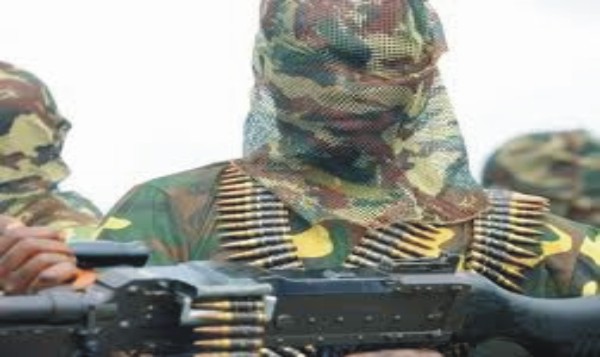 Going by spate of kidnappings in Imo, it appears the State is fast turning into a danger location at the moment.

While the dust raised by the high number of kidnap cases in Imo State last week is yet to rest, another major incident was recorded indicating that the state has turned heaven for rampaging gunmen.

Trumpeta learnt that daredevil gunmen on Tuesday intercepted a commercial bus and at gun point and took away all the passengers as captives to unknown location.

The incident happened at the Odo Rubber end of Obiohuru in the Isiala Mbano LGA of the state.

Details of the incident have it that the bus suspected to be among the fleet of vehicles belonging to the Akwa Ibom State Government was moving from Uyo to either Lagos or Abuja before the gunmen struck.

After whisking away the passengers, their personal items were left behind in the steaming vehicle before residents of the area rushed to the scene to push the car away. When our correspondent visited the area, the vehicle has been pushed to a nearby police station at Isiebu, Isiala Mbano from the scene of the incident.

Trumpeta recalls that only last weekend not less than five persons were kidnapped at different locations in the state including a former Speaker and member who represented Ehime Mbano in Imo Assembly, Hon Lawman Duruji. The spate of kidnappings have sent jotters down the spine a residents.