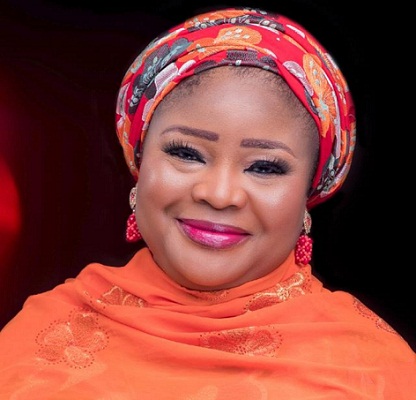 The Commissioner who made this disclosure during a chat with newsmen in her office, said enriching Imo’s future leaders( children) with more nutrition is also one of the governor’s  goal.

The soft spoken Commissioner who described Gov Uzodimma as a passionate leader said the governor’s  desire to ameliorate the peoples suffering informed his decision to create the Ministry of Humanitarian Affairs, Disaster Management and Social Development .

The Commissioner who seized the platform to refute allegation of extortion of the cooks by the Ngor Okpala Coordinator of the school feeding programme in some sections of the media, said the state has no business in the disbursement of cash to the 2540 food vendors in the state.

She explained that  the cooks funds are paid directly to their account from Abuja, adding that the twenty thousand naira (N20,000) alleged to have been extorted from the women by the Ngor Okpala Coordinator was money they willingly contribute from their profit as a cluster group, so as  to purchase foodstuffs in bulk and at  a cheaper price .

She also pointed out that part of the funds was for  uniform to celebrate their success for participating in cooking for the Home Grown School Feeding Programme over a period of one year.

She recalled how  the state was not able to benefit from the programme for over five years of its existence, while other states were benefiting, before the emergence of the Uzodimma administration which put modalities in place towards benefiting from the programme, which culminated in creation of the ministry.

She said during the period, the state lost all accrued benefits; nutrition for the public school pupils and economic empowerment for the women who cook the food.

Her words, “The governor is governor for entire Imo. He has zero tolerance for segregation on political divide. Also President Muhammadu Buhari is the president of all Nigerians and will not tolerate any segregation on account of political party affiliation.”

When queried on the impact of the programme, the former national coordinator of Women for Change and Development Initiative of former Nigeria First Lady, Dame Patience Goodluck Jonathan, said it has been enthusiastically and gratefully received by parents and pupils of the state, bringing astronomical increase in enrollment to public schools in the state.

The vibrant commissioner revealed that  she had applied to the federal ministry of Humanitarian Affairs, Disaster Management and Social Development to send its officials to re-enumarate the schools in Imo State, because of the surge in enrollment which is making it difficult for the food to be enough for the pupils, as the number has increased astronomically from the number captured during the earlier enumeration.