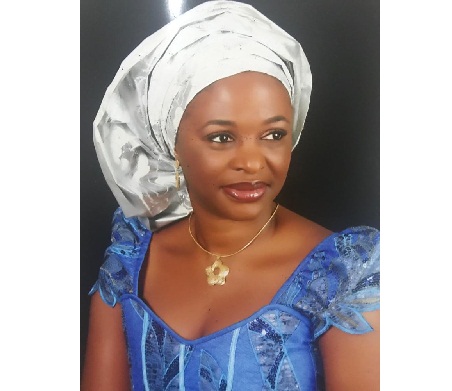 Imo State pioneer Commissioner for Homeland Security and Vigilante Affairs, Dr. Ugorji O. Ugorji, has described the appointment of Barrister Ogechi Njoku-Ehirim as the SOLAD of Aboh Mbaise Local Government Area, as inspiring, stressing that she is a daughter of Aboh Mbaise whose intellect and competence are beyond reproach.

He was reacting to the misleading story in a newspaper in circulation that Governor Hope Uzodimma appointed an Ikeduru woman as Aboh Mbaise SOLAD. Ogechi, Dr. Ugorji opined, was perhaps the most inspiring choice of a SOLAD made by the Governor.

According to Dr. Ugorji, while her place of marriage is important, her place of birth and origin is even more important as nwada  Aboh Mbaise. He was impressed by Governor Uzodimma’s commitment to Gender Equity in Public Service and Leadership. He asserted that “Ogechi will be a great and easy improvement on the immediate past administration of Aboh Local Government Area.”

In his congratulatory message to Ogechi Njoku-Ehirim on her well deserved appointment, the Commissioner quoted Fredrick Douglas, who said that “There is no progress without struggle.” He also quoted Ngugi wa-Thiongo, who wrote “Weep not child….The reveling clouds shall not long be victorious; they shall not long possess the sky.”

Dr. Ugorji, who represents Aboh Mbaise LGA as a Commissioner in Governor Uzodimma’s State Executive Council, congratulated “Madam SOLAD, Ogechi Njoku-Ehirim,” stressing that Igbo ancestral, heroic and historic mothers of the Aba Market Women legend must be smiling from Heaven over the appointment.

Addressing the new SOLAD, Dr. Ugorji said “Your skills and intellect are not in doubt. Your commitment to the 3R mantra and to the empowerment of the many rather than the few, is evident. Your tenacity is alluring.”

The Commissioner went further to apostrophize  that Aboh Mbaise LGA will now have a unified Government command structure of true believers with democratic credentials, ready to market Governor Uzodimma and the APC with sincerity, vigor and professionalism.

“Let’s work on genuine unity and expansion of the APC, not insularity. Let’s use our common patrimony judiciously and for all of our people. And let’s go possess the sky and prepare to win more for Hope Uzodimma and the true progressives,” Ugorji who holds the traditional title of Odoziobodo Mbaise affirmed. He is reported by some journalists to be Mbaise’s most eloquent and most credible apostle of the 3R Government of Shared Prosperity in Imo State.