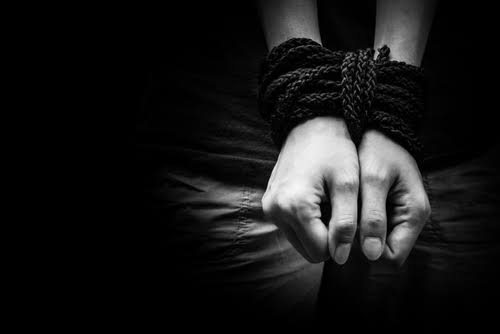 .Udekings Speaks On How Abductors Went To Smoke Hemp Before He Escaped

The family, friends and staff of the Traditional Ruler of Umudi in Nkwerre Local Government Area of Imo State, Eze Joel Udenkwo also known as “Udekings” who was abducted last Friday on Tetlow road Owerri, at his electronics shop were thrown into a joyous mood, as he escaped from captivity from his abductors.

The monarch who escaped Monday night reportedly disclosed that his abductors took him to a forest in Okwu village in Ikeduru local government area where he was tied with a rope and kept at a place waiting for their N200 million ransom.

According to the report, he said the ransom was later reduced to N12 million but was not paid due to the weekend and the sit-at-home that prevented the banks from working. He revealed that while they were waiting for the money to be sent, one of the abductors went to sleep while the other went to smoke Indian hemp.

“It was when I noticed that the two men were nowhere around me that I carefully untied myself, quietly crawled and left the scene. I meandered through the bush while they searched for me without knowing the route I took and subsequently found safety at a nearby house, where I called out the occupants whom I narrated my ordeal to and begged them to help me call a monarch around the community, after identifying myself as a monarch.  Meanwhile, this was happening around 10pm.

“On getting the monarch of the place, he then linked up with the Chairman, Imo State Council of Traditional Rulers who called in the police and the DSS who came and took me away,” Eze Udenkwo further narrated.

As at the time of filing this report, no official statement had come from the Imo Police Command on the Monarch’s freedom.