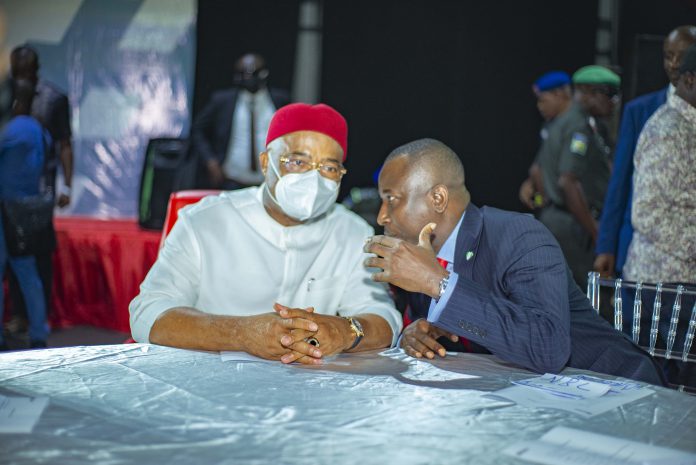 The Directors of Administration and General Services DAGS and Treasurers of some LGAs in Imo State are said to be in trouble over suspicion of mismanaging of funds released by government.

According to findings, it was alleged that the DAGs and Treasurers of various local government areas in the state mismanaged funds given to them especially the money released for the Independence Day celebration held Saturday October 1st 2022 at the council headquarters.

Our reporter who monitored proceedings during the celebrations gathered that things did not go down well in some LGAs as the DAGs, Treasurers and Sole Administrators allegedly had face off and could not reason together.

The funds released for each local government were  allegedly not prudently spend and this particular act brought confusion and made things to fall apart during the Independence day celebration.

Traditional rulers and political leaders who came out for the ceremony according to our source were disappointed as they were not properly taken care of.

The aggrieved community leaders have according to reports accused the DAGS and Treasurers of fund mismanagement. The leaders we gathered are calling on the governor to set up a panel to investigate the alleged mismanage of fund by the DAGS and Treasurers. Apart from loading of food and drinks, the funds were not given out and this brought quarrel and confusion in some LGAs.

It was however observed that everything went well at Ahiazu Mbaise, were Prince Alex Mbata,  APC candidate for Owerri zone senate stole the Independence show at Ahiazu Mbaise as he gave the participating schools for the match past N20,000 each.

Ahiazu Secondary School became the overall best in the match past, the SOLAD gave the school special certificate for coming first.