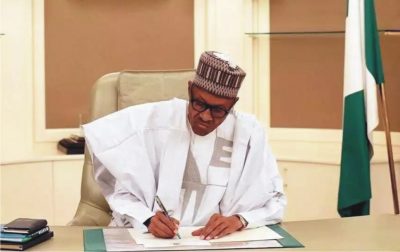 President Muhammadu Buhari is saddened by the killing of Eze Ignatus Asor, the Traditional Ruler of Obudi Agwa Community in Oguta local government area of Imo State by suspected armed gangs, a terse statement from the Presidency has indicated.

The Senior Special Assistance on Media and Publicity to the President, Garba Shehu yesterday quoted President Buhari as condemning the act in strong terms, and ordering security agents to swing into action to unravel the root course.

The President insisted that the perpetrators must face the full wrath of the law. The President as we gathered also has condoled the affected families and prayed for the speedy recovery of those injured while  acknowledge the spirited effort of the State Governor Senator Hope Uzodinma for improving the security situation.

Speaking further, the President directed that all hands must be on deck to keep the citizens of the State safe.

Fear has made people from Agwa community to desert their place, Social and economic activities in that area have been paralyzed.

The news of the death of Eze Asor and some members of his cabinet came to Imo people as a shock.

Uptil now, the true position of what led to his death has not been ascertained. The security agents as we gathered have swung into action as directed by Mr President to fish out the perpetrators.