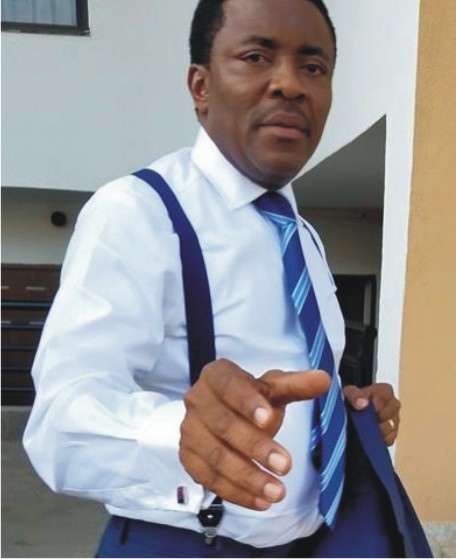 The rumor that the State Governor Owelle Rochas Okorocha may produce his successor from Okigwe is gradually becoming a reality as prominent sons of the area have began to make authoritative statements in public, giving Governor Okorocha conditions on his next successor.

Recently in Obowo during his constituency briefing, member Representing Okigwe South in the Federal House of Assembly, Hon Deacon Chike Okafor demanded before the public that Governor Okorocha should endavour to show Imolites his successor from Okigwe zone and ensure he actually works with people from the zone to actualize their dream and not to go and sleep as the former managing Director of ISOPADEC, Hon Dr Henry Okafor has been campaigning for.

In his words “Okorocha should show us the man and work with us”.

This statement has sparked a lot of controversies in Imo since last week as other zones are protesting that the Governorship position has been secretly narrowed to Okigwe zone in 2019. Moreover, some APC members who are raising the alarm over this statement warning that it has capacity to threaten the peace and unity of APC in the State .

Their reason is that the immediate past Governor of Imo State, Chief Ikedi Ohakim come from Okigwe zone therefore “ it is the turn of Owerri zone and not Okigwe zone again”. It would be recalled that the governor recently told Okigwe zone leaders that he intended to give them governorship position or Deputy but he may force to change his mind if Uwajumohu and Araraume continue to fight him.