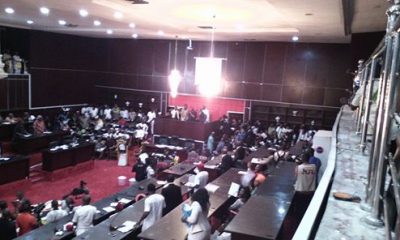 In an apparent bid to get the consideration of the House Leadership, the suspended members of the Imo State House of Assembly have applied fresh tactics suspected to engineer their coming back for legislative business.

Recall that few weeks after the suspension hammer struck, few of them reportedly approached a Law Court for redress.

Although the suit with no :FHC/OW/CS/52/2021 filed by one Barr Kingdom Okere at the Federal High Court sought for a Court intervention on what he termed an illegality for an elected lawmaker irrespective of position to suspend fellow lawmaker.

The suit by Okere had the applicants names as Hon Uche Ogbuagu, Hon Anyadike Nwosu and Hon Dominic Ezerioha for and on behalf of other 3 suspended members.

However, shortly after the law suit was made open in different media platforms, the suspended members denied going to any Court and disassociated themselves from the law suit.

They claimed that needless going to courts since they can settle party wise, hence, they paid a visit to the APC party Leadership led by Prince Marcon Nlemigbo who assured them of party’s intervention.

Trumpeta Newspaper learnt that having smelt foul and the possibility of the House leadership delaying their recall from suspension, the affected members made a U-turn and went for a discontinuance of the case filed against the House.

At the Federal High Court Owerri premises on Tuesday October 5, 2021, the suspended lawmakers had a break through when the Court presided by Justice Ada Onyetenu Okayed the withdrawal of the law suit filed against the House Leadership.

Trumpeta learnt that the Tuesday outing was for the discontinuation of the matter.

A political redress, rather than a legal process. This newspaper was informed that the suspended House members decided to change tactics and seek another channel. Further information has it that when some leaders in the state intervened, the leadership of the House refused to entertain any interface since the matter is in court. It was the issue in court that made a peaceful discussion on the matter impossible.

Obvious of the implications of continued use of the law court to get back, Trumpeta further learnt that the sanctioned lawmakers beat a tactical retreat and decided to swallow their pride by withdrawing from the court as a prerequisite for re-consideration.

In a similar note, the House Leadership is said to give them a soft landing with the appeal committee headed by the Deputy Speaker, Rt Hon Amara Iwuanyanwu.

It was earlier gathered that all the suspended members before the Tuesday Court sitting had met with the committee, and part of the outcome or condition to welcome them back was supposedly the court withdrawal which they had done. 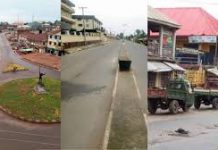