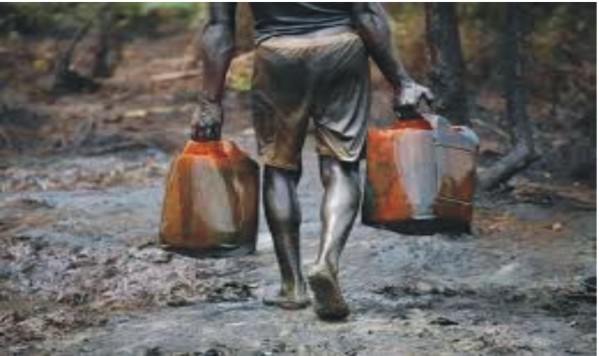 The State Commissioner for Petroleum Resources, Rt. Hon. Goodluck Nah Opiah has described oil bunkering as an organized crime given the network of accomplices of varied interests including some oil company workers, some security agencies, Community leaders and parents.

The Commissioner took this stand in a Seminar paper entitled, “the role of government in curbing the menace of illegal oil bunkering on our youths and Society at large,” which he delivered at the just concluded 2022 Diocesan Synod of Diocese On The Lake at St Luke’s Anglican Church, Eziorsu, Oguta LGA.

According to Hon Opiah oil bunkering is an expensive enterprise that involves the collusion of various stakeholders, officials and their agents adding that the real oil thieves are the rich members of the society and not the poor folks.

The Politician further posited that because the operators are wealthy and influential members of society, they are able to throw their wealth around, curry all manners of favour and even co-opt others into their criminal activities.

On what government can do to curb the crime, Hon Good luck Nanah Opiah, the Paper Presenter and renowned legislator urged government to put in place a proper legal framework to tackle the menace regretting that the absence of concise  laws on anti oil bunkering was a major setback in the fight against the menace.

He called for the immediate commencement of adequate punishment for oil thieves insisting that while destroying illegal refining camps  their operators and collaborators both in government and security agencies should be arrested and prosecuted.

The Presenter also called for immediate full implementation of the recently enacted Petroleum Industry Act (PIA) especially as it relates to operational relations between host communities and oil companies within their localities.

Reacting after the presentation, the Bishop, Diocese on the Lake, Rt. Rev. Chijioke Oti (PhD) commended the presenter for his indept research on the topic and later presented him with the prestigious Nehemiah award.