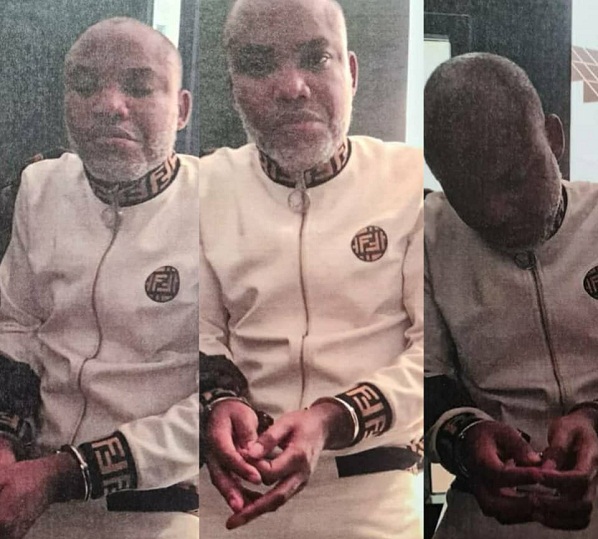 The health Condition of the Leader of Indigenous People of Biafra, IPOB Nnamdi Kanu, has reportedly worsened.

According to reports gathered online, the Leader of the prescribed group had been diagnosed with gastro intestine disorder following persistent heartburn, his lawyer and Human Rights Activist, Ifeanyi Ejiofor, said on Monday.

The report also stated that, despite the order of Justice Binta Nyako of a Federal High Court in Abuja that the IPOB leader be given medical attention, the Department of State Services is said not to have obeyed the order.

Ejiofor raised the alarm in a statement on Monday after he visited Kanu in the custody of the DSS in Abuja.

He said, “Presently, Onyendu is experiencing gastro intestine disorder, which requires regular intake of antacid and other availing medical solutions, following persistent heartburn. Unfortunately, the DSS has denied him the least of the prescribed painkiller tablet that could provide momentary relief.

“Following this development, our lead counsel, Chief Mike Ozekhome (SAN), has immediately swung into action to ensure an immediate end to this maltreatment and impunity.

“Nevertheless, we still deem it compelling to place the world on notice that should anything untoward happen to Onyendu, the DSS and the Federal Government of Nigeria should be held responsible.”

He regretted that the DSS has continued to treat him with disdain, a court order which directed that Kanu should be allowed access to his medical doctor for an independent review of his current health status.