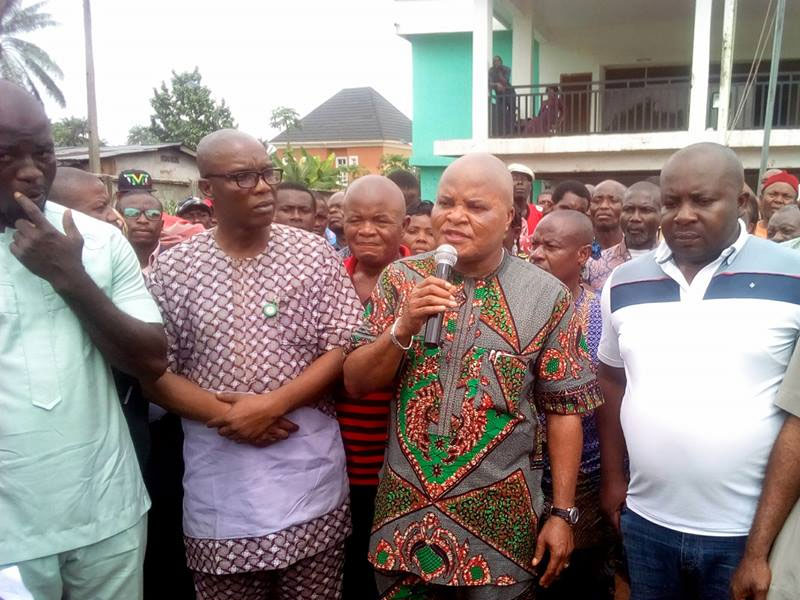 As the final list of who merits the ticket of the All Progressive Congress for the coming election for Okigwe zone, two aspirants appear to be taking the battle to the end.
Two persons; Senator Ifeanyi Araraume and Hon Frank Ibezim are locked in bottled war over who should be nominated by the APC to be the party’s flagbearer.
Trumpeta investigations showed that the tough battle is between the two heavyweights backed by the different factions in the party.
Apart from the duo struggling it out, it was learnt that it has become a supremacy war between the Caretaker Committee Exco of the State led by Chief Marcon Nlemigbo and that of the Dan Nwafor camp.
Imo APC is divided into two, with the two major aspirants receiving backings from the factions.
This Newspaper learnt that while the primary exercise Chairman declared Ibezim winner, another faction said it was Uzodinma, thereby sparking off further trouble in the party.
Meanwhile, sources revealed that after the contest, others who lost out and not comfortable with the emergence of Ibezim have gone to town to state that the ally to the education minister was disqualified.
It was gathered that those opposed to Ibezim are crusading his disqualification while his supporters are insisting he won.
As the National Caretaker Committee of APC settles to pick the rightful candidate, Trumpeta was told that the battle has shifted to Abuja where the two warring factions are making contacts to be declared winner.
Another story has it that those who lost out and complaining of how the exercise went are calling for fresh conduct of the primaries.