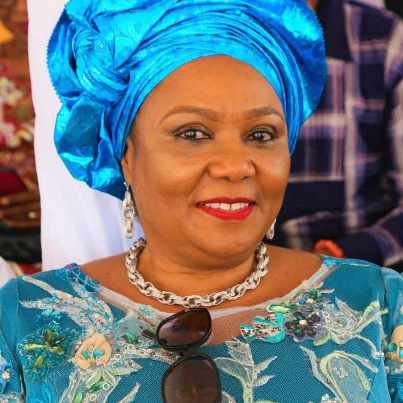 Imo Women for Peace and Good Leadership Initiative (IMOWPGLI),  has cried out for support as the world marks the International Day for elimination of violence against women. The United Nation International Day for the Elimination of Violence against Women is observed on 25th November yearly since 2000 for governments, international organizations and non- governmental groups to raise public awareness on the dangers of violence against women of all ages.
Not wanting to be left out IMOWPGLI, a Non-Governmental Organization (NGO) in a press briefing addressed by her chairperson, Mrs May Ugwuh at its Port Harcourt road Secretariat has called on the government to pay more attention to the issue of violence against women as well as improve the overall welfare of women and the girl child.
Describing why women and children should be protected as the most vulnerable in the society she explained that the objective of the group fits into the United Nations Day which sets aside this day to campaign against all manner of violence and abuse against the female group.
According to her, “our concern is to speak for peace and good leadership and to ensure that women who are being marginalized and under-represented in the scheme of things at all levels of governance are given their due.
“Good governance in its true sense will help in eliminating all forms of violence, economic violations, ill treatment of widows, genital mutilations, sexual violence, discriminatory practices against women and all manner of violations against women’’
She further lamented that despite the contributions of women in nation building without which development cannot be achieved they are still relegated to the background. She stated that the girl child, who grows up to be the woman, becomes the mother of the children and the wife of the man and so should have no reason to be discriminated against.
The group called on all well meaning citizens and the authorities to provide more support to the women because according to them they are like spices in the food without which the world would not taste so good.  As the Goose that lay the Golden eggs women must be protected and empowered.
In her speech, the Director of the groups operations, Dr. (Mrs) Bibiana Chinyere Okereafor regretted that the plight of the women folks in Nigeria has worsened since the outbreak of the global pandemic. She claimed that the women are the worst hit by the experience of COVID-19 because  women constitute the bulk of manual labour in the  sectors most affected and fact that women  had to stay home take care of children and their love ones at the peak of this pandemic.
In her words, “the current economic situation is taking more toll against the women and the girl child most of who cannot earn a living because most  manual jobs are no longer available and the fact that most jobs are being done online. Consequently, many may be tempted to opt out for a life of easy virtue, many young kids pushed to early marriage. Men are known  to exploit the situation to abuse women in diverse forms.’’
Continuing, she queried, how the gender ministry is making effort to reduce the incidence of violence against Imo women especially in the rural areas and among the disabled ones, arguing that they need to be given a sense of belonging.
Earlier, Ugwuh described their organization as a group of concerned Imo women who not only strive for inclusion of women in governance but also to improve socio-economic opportunities for the girl child, eliminate all forms of abuse and discrimination suffered by them, as well as carry along persons with disabilities and all vulnerable individuals in order to give them a better sense of belonging, self-esteem and improved lifestyle.