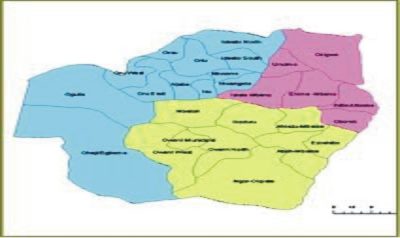 The Political Leaders in Ideato Federal Constituency Imo State, consisting of Ideato North and South, have risen from a meeting, and agreed in unison that the seat of the Federal constituency is not vacant yet.

In a joint Communiqué signed by the Leaders, they averred that the present occupier of the seat, Hon (Dr) Paschal Obi has done the people of Ideato Nation proud with his positive representation, and therefore should be left to continue the good work.

The Leaders also agreed that with the sterling achievements recorded by Obi in his first outing, if he gets back after the 2023 general elections, Obi is bound to be a Principal Officer in the House of Representatives, which will place him on a good stead to not only attract more dividends of Democracy to Ideato Federal Constituency, but would be a strong force in the National Assembly for the benefit of his immediate constituency, Imo State, and Igbo people in general.

One of the Leaders, Mrs Josephine Ugorji while speaking to the Press maintained that Hon Paschal Obi has delivered on his mandate and therefore the best option is to send him back, than wasting time looking for a fresh candidate, who will begin to learn on the job, that is if he/she wins the election.

“Hon Dr Paschal Obi has facilitated the construction of many roads in Ideato Nation, as well as embarked on Erosion controls and Electricity projects” Udorji said.

Trumpeta was told by the Leaders that Obi has secured Employments for over one hundred unemployed graduates from Ideato Federal Constituency.

Another Leader, Engr Bruno Uche John said that they met to Xray Obi’s outing and resolved that he has done well to warrant a second term.

“We have uninamimously endorsed him for a second term. Those eyeing the position should wait for their time, and turn. For now, Hon Dr Paschal Obi has made us proud and should continue” says Mrs Roselyn Ann Mgbor.

A former member of Imo House of Assembly, Chief CC Uba joined the voices of those calling for Obi’s return to the Federal House following his records.

Chief Maxwell Otugo, said that even though Obi is just entering his third year on the seat, he has surpassed some legislators who have been on the seat for more years.

“Our job now is to take this message to the grassroots. We have the task now to speak to our followers and let them know what the Leaders have decided” Chief Chukwu Okatta told Trumpeta.