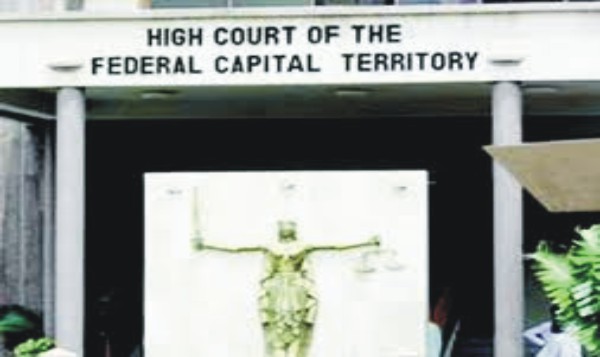 During my critical appraisal of Governor Rochas Okorocha’s One Year Administration in Imo State, I scored the administration high in many areas like infrastructural development, road construction, Community Governing Council, free education etc. However, I did not give the administration very satisfactory mark in the area of Rule of Law. In that critique, I expressed my reservations on what I called ‘perceived executive arbitrariness’ in Owelle Rochas Okorocha’s Administration inImoState. Some of such acts listed were the sacking of elected local government councils, the controversial Area K land dispute between government and Owerri indigenes whereby government started developing the land when the case is still in court, illegal removal of chairmen and members of statutory commissions whose appointment have fixed terms, sacking of the 10,000 employed public servants without regard to the Public Service Rules, refusal to pay former public office holders their entitlements etc. Therein, I was also very apt in saying that it was either that the government does not seek legal opinions before acting or that government advisers on legal matters advised the government wrongly. Accordingly, I advised the Governor to reverse some of his decisions that had elicited litigations or settled them out of court so avoid embarrassing court judgments against his administration.

As if I had a premonition, on the 27th June 2012, an Owerri High Court presided by Hon Justice Nonye Okoronkwo ordered that members of the Imo State Judicial Service Commission who were removed late last year by the Owelle Administration before the expiration of their tenure as members of the commission be re-instated. These re-instated members are the Former President of the Imo State Customary Court of Appeal, Rtd. Justice Obasi Iwuagwu, Pioneer Vice Chancellor of the Imo State University Prof. Thomas Ndubizu, Former Majority Leader of the Imo House of Assembly Hon. Nkem Nwankwo, and Barr. Chinedu Igwe. In another development, just eight days after Justice Okoronkwo’s judgment, the Court of Appeal in Owerri’s came heavily with its own sledge hammer on the Owelle’s Administration by declaring that the Governor’s dissolution of the elected local government councils on 6th June 2011 was unconstitutional. The court also restrained the Governor or his agents from interfering with the rights of the elected council officers. Last year, after the judgment by the Imo State Chief judge Just5ce B. A. Njemanze, I wrote an article titled ‘Dissolution of Local Government Councils In Imo State : Imo Chief Judge got it Wrong’. In that my write-up, I respectfully pointed out my perceived errors in the judgment. In my submission, I inter-alia said that the judgment omitted some critical issues for determination in the case. I also said that the Chief Judge was wrong in holding that there was nothing before him to prove that the chairmen were sacked from office by the Imo State Governor. As I put it, ‘I disagree with him (the Chief Judge) that there was nothing more before him to prove that Governor Okorocha ‘dissolved’ the chairmen. The chairmen stated in their supporting affidavit that the governor on the 6th of June, 2011 following a broadcast dissolved them and the Governor and his team did not deny it. It is a trite law that any un-denied fact is deemed to be admitted. See SODIPO V OGIDAN (2007) ALL FWLR (pt393) 67, 88-89 where it was held that a fact is deemed to be admitted if it is neither specifically denied nor denied by implication. It is therefore, humbly submitted that the court should not have bothered over the photocopied publication in White Paper Newspaper since the issue of dissolution was accepted by both parties’. Interestingly, this view was respectfully adopted by the Court of Appeal in giving judgment to the elected chairmen.

However, many people have commended these two judgments and the courage of both Hon. Justice Nonye Okoronkwo and the judges of the Court Appeal in Owerri. Not many judges have the courage to give judgment against the government of the day. I think with the two judgments, the judges have once again distinguished themselves and written their names in gold. I think this will go a long way in restoring the confidence people have in the judiciary. The Imo House of Assembly should borrow a leaf from this. But for the Imo State Executive, as usual like the biblical Prophet Isaiah I will continue to say it that ‘…there cannot be democracy without rule of law. It is very absurd that at the present age of democracy in the country, a government will openly declare that it does not follow due process and rules in doing things. During the inauguration of Owelle as a Governor, he swore to do things according to the law. But there seems to be a deviation from keeping to that oath. The danger of relegating Rule of Law to the background is that it can breed a dictatorial leadership which even successive regimes may use to perpetrate evil and illegality. Even future regimes can rely on that to witch-hunt the present leaders and destroy their legacies when they must have left office. Such cannot build a strong institution as government because ‘illegality cannot breed legality. The state needs to build a strong institution as government. An institution deeply rooted on rule of law that can sustain the system even years after’. More judgments against many of Owelle’s actions may still be on the way. This is not good for such a government that has good intention to develop the state. Owelle is working and Imo people like him. But as the kegites will always say, ‘in the midst of jollification there is a brutal danger’. However, the word is caution. The word is follow the law and its rules in doing things. ‘Ukpara okpoko gburu, nti chiri ya’.