The member representing Ihitte Uboma, Obowo and Ehime Mbano federal constituency Hon Chike Okafor who was re-elected for another term is facing an uphill task as his ambition to be the speaker of the upper National Assembly suffers rejection from his political family.

Okafor, has declared interest to run for the House of Reps speaker. His of APC, but of the Rochas Okorocha faction.
Despite keeping faith with Okorocha’s political structure, the Rescue Mission where he served as commissioner before being elected as a House of Reps member, things seem to have fallen apart between him and the group.

Moments after Okafor declared, Rescue Mission agents including allies of the governor who won APC and AA Reps House of Assembly Seat declared support for Femi Gbajamila of Lagos State angling for the position.

Apart from a notable kingpin of the Rescue Mission and AA candidate Uche Nwosu openly canvassing support for Gbajamila against Okafor, others like Ugonna Ozuruigbo and Kingsley Uju, members elect are in the lineup of the Lagos State man.

But Okafor is not undaunted in his quest as groups have continued to give him support.

The Member representing Ehime Mbano/Ihitte Uboma/Obowo Federal Constituency of Imo State, John Chike Okafor (APC, Imo), has said accumulated experience in the private and public sectors makes him the best candidate for speaker of the incoming 9th House of Representatives.
Okafor stated this in Abuja yesterday while receiving a delegation of the Arewa Good Governance and Transparency Initiative (AGGTI) which paid him a solidarity visit, urging him to run for speaker.

The lawmaker, who used the opportunity to formally join the race, however, asked the ruling APC to consider ceding the position to the South East in the interest of equity, justice and national inclusion.

“I hereby formally declare my interest to contest for the Speaker of the 9th House. I enjoy the support of my colleagues, and as you can see, my supporters cut across the entire federation.

“For equity, justice, fairness and national inclusion, it’s important that the APC should zone the position of speaker to the South East. It’s unthinkable that the party should abandon their supporters in the region,” he said.
The South East All Progressives Congress (APC) Youths Consultative Forum, has called on the leadership of the party to zone the position of speaker to their zone.

National Coordinator of the South East APC youths group, Sir Romanus Oguleme told journalists in Abuja that the zone has credible and ranking members of the party in the National Assembly to head any of the two chambers.

He further stated that the zone should not be schemed out in the National Assembly leadership as was experienced in 2019, adding that zoning the speakership to South East was in line with President Muhammadu Buhari’s promise of inclusive government.

The group argued that the excuse in 2015 that South East APC didn’t have ranking members to be considered for positions of principal officers cannot be used again as the region has two returning members in the House.

According to Oguleme, “We categorically state that the South East has two ranking members of the APC and these two: chairman House Committee on Healthcare Services, Hon. Chike Okafor and chairperson House Committee on Aviation, Hon. Nkeiru Onyejeocha are eminently qualified to run for Speaker or to be appointed as principal officers.

“If the performance of both members in the 8th Assembly should be used as criteria, they have proven themselves capable of handling delicate and sensitive assignments.

“Just as the Hon. Okafor led the Healthcare Services Committee in effectively performing its oversight functions on the health sector, with many Nigerians still remembering the highly publicized probe into the alleged N351 billion fraud in the NHIS as well as stakeholders’ commendation of the House sub-committee of Primary Healthcare Care revitalization, Hon. Onyejeocha performed creditably well in leading her committee in ensuring a good standard of efficiency in the aviation sector”, the group said in its statement.”

The group contended that Okafor who was a former Commissioner for Finance in Imo State, has requisite experience having worked in bank for many years before joining politics.

When contacted, Okafor who represents Ehime Mbano/Ihitte Uboma/Obowo federal constituency of Imo State, confirmed that he was interested in contesting for Speaker.

He also aligned himself with the call that the South-East deserved to be supported to having positions in the leadership of the National Assembly.

“The 9th House needs a Speaker and a leadership that is experienced and competent.

“We need leadership that has and will display integrity, but we must also strike a balance in terms of geo-political representation in the leadership of the National Assembly and this is why I fully support any call for South East Speakership”.

Responding to the question on if the South-East would accept a position in the leadership of the National Assembly, if the APC fails to zone Speakership to it, Okafor stated that decisions on such issues are taken as events unfold.

“The party will come up with its zoning arrangement and as a loyal party man, whose loyalty has remained unshaken even in difficult times, I will decide my next move based on the directives of my party.

“However, I believe that zoning the office of Speaker or even positions of leadership in the House to the South East, will go a long way in repositioning and strengthening the APC in the region.

“ Our party needs high ranking members of government to reposition the party in my region and like I have done in the last four years, I am willing to play a role in making APC strong in Igbo land”, he said.

Recall that Okafor was considered for the position of Whip in the 8th Assembly but he was later denied the position because he was not yet a ranking member and was given Health Committee Chairmanship because of his commitment and dedication to the APC. 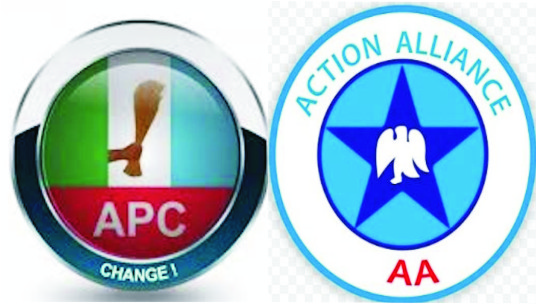