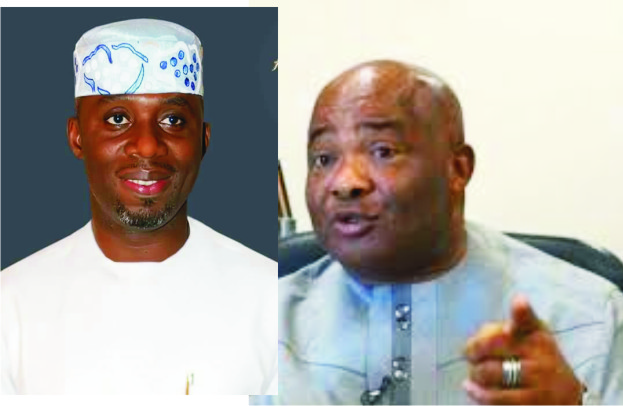 One year and four months after the Imo State Governorship election was held, (March9,2019) the last is yet to be heard on the election, as yet another litigation has appeared before  the Supreme Court Abuja, challenging the authenticity of the incumbent Governor of Imo State, Senator Hope Uzodinma.
In latest twist surrounding the contentious Imo Governorship seat, the candidate of the Action Alliance AA in the said election, Chief Uche Nwosu, has approached the Supreme praying the Apex Court to carry out its order regarding its judgment of December 20,2019, which averred that he  Uche Nwosu be disqualified from the contest in lieu of being candidates of two political parties; namely Action Alliance, AA, and All Progressive Congress APC.
In the suit between Ugwumba Uche Nwosu as plaintiff versus Action Peoples Party, APP, Mr Uche Nnadi, Peoples Democratic Party, PDP and the Independent National Electoral Commission, INEC, Nwosu is praying the court to “enforce or otherwise direct the enforcement or give effect to the judgment of this court in this case delivered on 20th December 2019 wherein this Honourable Court, per Honourable Justice Amina Adamu Augie JSC made the following”
The case in question is where the Supreme Court gave judgment that INEC “within two days 3/11/18 and 7/11/18 received two forms CF001 signed by the Appellant Nwosu  as Gubernatorial candidate of two political parties-Action Alliance AA and APC”
Nwosu is therefore praying the Supreme Court for the order that “both the Action Alliance, AA and the All Progressive Congress, APC did not sponsore and or field any candidate for the Governorship election held in Imo State on 9th March, 2019 in view of the double nomination of the Appellant/Respondent as their candidates as found by this honourable court in the judgment delivered on 20th December, 2019”
Nwosu therefore said that since PDP and its candidate came second in the January 14, 2020 judgment by the Supreme Court, which handed power to the APC and Senator Hope Uzodinma, the court should direct INEC to declare the second runner up, PDP and Ihedioha winner of the March 9, 2019 election.
The prayer went further to order “that Senator Hope Uzodinma was not the candidate by himself or any party at the Imo State Governorship election on March 9, 2019”.
Nwosu therefore seeks an order directing the supreme court “to issue certificate of Return to the Gubernatorial candidate of the 3rd Respondent, Rt Hon Emeka Ihedioha in the Imo Governorship election held on 9th March 2019 as the duly elected Governor of Imo State having scored the second highest number of votes in the said election sequel to the judgment of this court in Appeal NoSC/146/2019- Senator Hope Uzodinma & Others Vs Rt Hon Emeka Ihedioha and others delivered on 14th January 2020”
The order concluded by saying “that Senator Hope Uzodinma could not have been a candidate in the election as an Independent candidate as such right is not available to him
APC could not have substituted the Appellant Nwosu with a view to further nominating the said Senator Hope Uzodinma as their candidate because that right is not available to the party under the Electoral Act”.