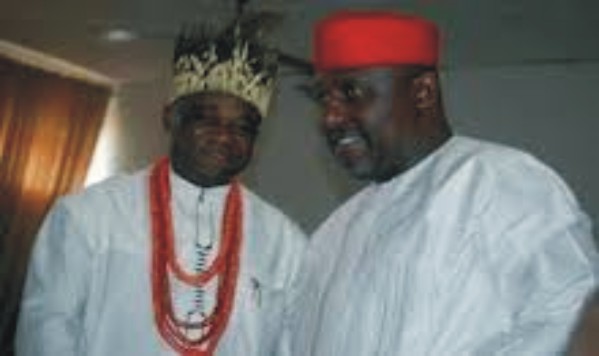 As the war over who is the authentic Chairman of Imo State Council of Traditional Rulers rage, one of the claimants to the position, Eze Samuel Agunwa Ohiri is risking court attempt.
An Appeal Court sitting in Owerri had last month sacked Ohiri and re-instated Eze Cletus Ilomuanya.
However, weeks after the landmark judgment presided by Justice Florence Ekpe, Ilomuanya who was incharge before the present Governor, Owelle Rochas Okorocha took over reins of power from the previous government was reinstated via a declaratory order. Adding to that order, the Chief executive officer of a state has no power to remove Chairman of State Council of monarchs without recourse to constitutional provision which stipulates that the position will only be vacant by death or resignation.
In an attempt to avoid contempt of court, the state government however changed tactics and started recognizing Eze Ohiri as Chairman of Imo State Community Government Council. A position created by the CGC law for the de facto Chairman of Ndi Eze Imo.
Since the state government has maintained a supposed incriminating silence on the reinstatement order, Eze Ohiri is reportedly still parading as Chairman of Imo State Council of Traditional Rulers.
Trumpeta learnt that during the battle of wits over who is the authentic Chairman of Ndi Eze at Amaifeke Orlu LGA when Eze Okeke marked his New Yam Festival recently, Eze Ohiri created the impression that he still function as Chairman of the council.
Same scenario is being witnessed in state government functions where the traditional ruler of Obi Orodo takes usual vintage position and acts as if he is still the Chairman of the monarchs’ council. It was also gathered that during the recent trip to USA for a gathering of Imo people, Eze Ohiri allegedly acted in a manner to suggest that he is still in office as the Chairman of Ndi Eze.
This posture has attracted the camp of Ilomuanya as they are reported to be fine-tuning process of dragging Ohiri to court for contempt and impersonation.
A source close to the Obi of Obinugwu revealed that since there is no suit filed by any person challenging the Appeal Court verdict, it amounts to disrespect to the rule of law for Ohiri to continue to function as Chairman of Ndi Eze Imo.
It will be recalled that Eze Ohiri late last year was almost thrown into the cell by the Chief Judge of the state, Justice Ben Njemanze for an alleged contempt of court over a matter pending in the court.